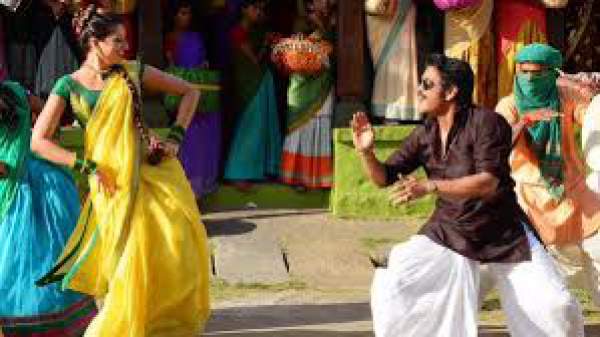 Soggade Chinni Nayana 14th Day Collection 14 Days SCN 2nd Week/Thursday Box Office Business and Occupancy Report: Akkineni Nagarjuna who is the King of Tollywood has been making young girls sleepless with his stunning screen presence. He crossed his 50s and he still looks in his 30s which are quite remarkable. Both his sons Naga Chaitanya and Akhil made their debut as actors and still Nagarjuna has been busy with multiple films in his career. (see: Dictator collections.)

He is even endorsing various multinational brands like Kalyan Jewellers which is bringing him a lot of income. Nag started hosting a tv show titled Meelo Evaru Koteeswarudu which is a smashing hit all over. The tv series is now running in its third season and it received record TRPs across the Telugu speaking states Andhra Pradesh and Telangana.

He entertained the audience along with his entire family with Manam which minted decent money all over. Vikram Kumar directed the film which ended as a classic and it has been produced by Nagarjuna’s Annapurna Studios.

After a huge gap, he is now back with his latest movie and the movie has been shot for many months. The entire movie has been shot in and around Mysore. Kalyan Krishna directed the movie who made his directorial debut with SoggadeChinniNayana. Ramya Krishna and Lavanya Tripathi played the heroines in the film and Anushka Shetty played a cameo.

Anup Rubens is the music composer and the audio of the film is a huge hit all over. SCN released between low expectations on January 15th and emerged as the biggest hit for Sankranthi. Though NTR’s Nannaku Prematho, Balakrishna’s Dictator and Sharwanand’s Express Raja released for Sankranthi, Nagarjuna was confident on the film’s success and he released the movie in less number of screens.

With exceptional word of mouth, the movie has been declared as a blockbuster. The film got huge occupancy after the festival and the film minted Rs 41.65 crores in just two weeks which has been huge. The movie has been made on a budget of Rs 12 crores and the movie is expected to cross Rs 50 crore mark which is huge.

The below are the areawise collections of the film for 2 weeks: