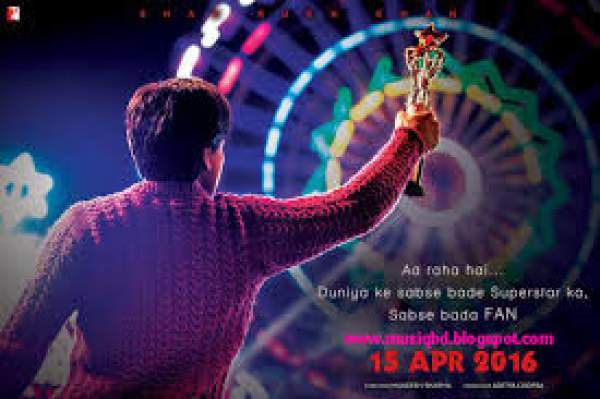 Fan Review and Rating: Finally, the wait is over for all SRK fans. Here comes the most awaited movie of the year, Fan. Are you all ready for it. Fan hits the theaters this Friday, i.e., April 15. Maneesh Sharma is directing this film, and Aditya Chopra is producing this movie. Pritam, the music composer, and the film will be released under the banner, Yash Raj Films. Make Sure you go through Fan Movie Review thoroughly.

Fan’s story line is simple. You can get it right from the trailer. If you haven’t watched it yet, Read through these lines. Shah Rukh Khan will be playing dual roles, Superstar Aryan and his die hard fan, Gaurav. This fan has an obsession to his Superstar. He dreams of his Superstar all the time and Gaurav even tries to meet his Superstar. (Also See: Kapoor and Sons Collections)

In this process, his obsession turns to enmity. So How these two become enemies and how it goes by the end of climax, you must watch it in theaters to know all the secrets.

Shah Rukh Khan has given another extraordinary performance in this flick. The film revolves entirely around the two characters and SRK just nails them like a BOSS.

Vishal–Shekhar’s music was fantastic and also BGM score too. You won’t even get a chance to set yourselves correctly as the movie will make you stick to your seats for 150 mins.

Waluscha de Sousa and Shriya Pilgaonkar as the female leads of the film, they didn’t have much to do with their roles and Maneesh Sharma just placed them where they needed.(Suggested: Theri Movie Review)

As the script depicts a fan’s emotions, it throws some light on the teens on how to think of their Superstars. The movie lags a little in the first half, but it will not disappoint you in the climax.

The plot of the film is well drafted for each kind of audience. It just naturally leads to the story that there is one ideal in everyone’s life and respecting emotions of fans is the ideal’s lifetime achievement. We can say that SRK’s movie is one man show, and the 40-year-old just acted like a 19-year-old kid, and it’s a must watch for the 90s and 80s kids.

On the whole, Fan is a different film, and if you miss it, it’s your bad. So go for it and watch it this weekend.

We would be rating Fan, 3/5 stars. Kudos to the entire team for their efforts. Do come back for Box Office updates.