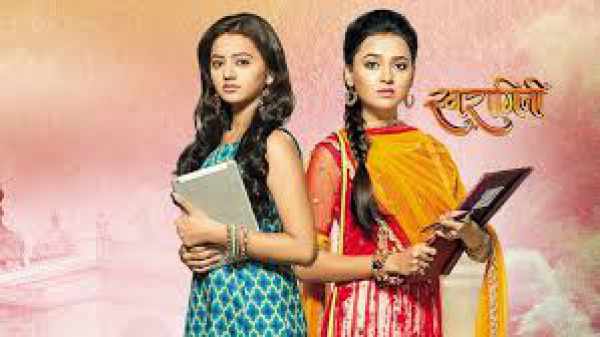 Swaragini Friday Episode: The show begins with Ragini blaming Kavita for Swara’s suffering. She also says that Kavita killed her Maasi and is totally inhuman. Sanskar requests Ragini not to behave like Kavita. He says that Swara is innocent and they will get answers soon. He warns Kavita that she won’t be able to separate them anyhow. Kavita says if that is so then she must leave.

Sanskar says that she can’t leave whereas Ragini says that she will get punished. Kavita says then she will leave only after all acquisitions against her will be clear. Sujata is concerned what they will say to their relatives. Ram quiets her whereas Ram ask goes to meet Swara. Ragini also accompanies her whereas Sumi stays there crying.

Ragini in police station. Swara ask her if Kavita went somewhere else other than bakery. Ragini says NO and suggest that she must have sent someone else to kill Urvashi. Ragini says that Swara is source for her strength to do well and that she will expose Kavita anyhow either by hook or crook. Sanskar and Ragini try to enquire about Kavita and her visit to bakery. Sanskar asks Manager about what she ordered and he tell him that she sat on the couch. Sanskar thinks she might have gone to Kill Urvashi and checks the storeroom to see if there is any other way out. The man present there says NO and ask them to leave. Sanskar gets impatience and thinks hard how Kavita could go and kill Urvashi. (Also See: Last Episode of swaragini)

A servant informs Durga Prasad about decorators. Durga Prasad tells them that he will contact them when needed. Sanskar arrives at home and Ragini ask him about Swara. Sanskar comes to suffocate Kavita and ask how she killed maasi and trapped Swara. He leaves Kavita as Durga Prasad ask him. Kavita insist to leave but Sanskar stops her and ask her to stay if front of them and play her tricks. Kavita says that she trapped Swara only because he wanted to keep Sanskar in front of her. Ragini is concerned what will happen to Swara if anything happens to Kavita. Sanskar says that Swara’s punishment would be as severe as kaala paani as said by lawyer. Ragini says that today is her hearing and they don’t have any proof. Sanskar says that she is in jail and they are over but Ragini says that she can’t anything happen to Swara.

She sees Laksh and wonders about him. She goes to meet Swara and taker food along with her and ask Sanskar to join her but he denies. Ragini meets Swara and Serves her food. Swara says that if she was captured in camera then why not Kavita and Ragini says that there is one way.

Ragini arrives at hotel and looks in trash boxes for proofs. She finds napkins with which Swara wiped her hands and when analysed by forensics sindoor and water was found instead of blood. Ragini says that they can free Swara now but lawyer denies saying that it was not enough. Swara later gets imprisonment and is transferred to other jail. Swara looks in shock at Sanskar while she is taken away.