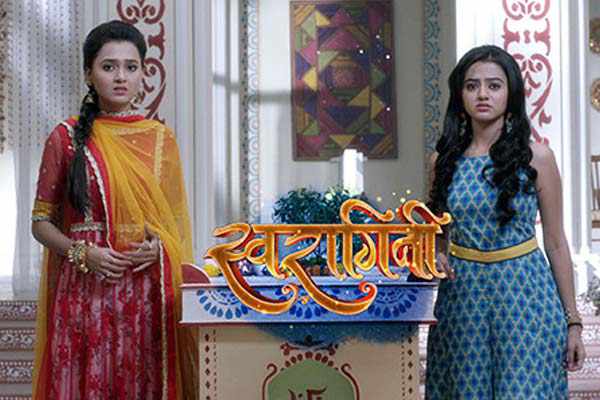 Swaragini 27th January 2016: The show begin with Ragini asking Laksh about the papers she found. Laksh says that they were divorce papers and soon all will end. He says Urvashi is right and he must take her side. He further says these divorce papers had sign of Swara and Sanskar and ask her to witness the same buy signing there and their divorce case will start. (see: Last Episode of Swaragini.)

He tries to trick her so that he can file his divorce case. But Ragini denies saying that it was wrong as Sanskar and Swara love each other. Laksh gave her time till next morning to decide else they won’t get a chance till next month. He lures her saying that if she doesn’t sign there, he will be assured that she has changed else for him she will still remain the same old cunning girl.

Swara while playing guitar hurts her hand with the strings. Urvashi taunts her and Swara replies but Dadi makes her quiet to avoid any new drama. Dadi says she wouldn’t have allowed Sumi inside the house if she was aware of the Janki’s unhappiness. Urvashi gives a winning smile and ask Janki not to cry she will makes everything fine. She also tells Dadi that she won’t let Swara and Sanskar marry. (see: Swaragini all episodes.)

Swara arrives at Maheswari house with her family for Pooja. Shekhar welcomes them. Swara asks Sanskar about the arrangements and he replies YES saying that he will catch hold of person if something bad happens. He confirms from Sujata about the necklace. Durga Prasad calls them for Pooja and Pandit ji chant mantras. Urvashi leaves with excuse of cough being under observation by Swara and Sanskar.

Padit ji bless Swara and Sanskar as his Pooja is completed. Sumi tells about distribution of food. She also asks servant to bring the necklace from almira on being asked by Sanskar. Suajta brings the necklace box. Sanskar open the box is surprised to find necklace missing. Sujata says it was present there when Shyam handed her the box.

Sanskar asks everyone to search but Durga says that everyone is family here. Urvashi gets angry and Swara suggest not to look for it, but Sanskar apologizes and searches it in belongings. Urvashi that it was a bad omen as necklace disappeared before giving it to Swara.

Sanksar asks Laksh to check staff members while Swara still resist the same. Sanskar shuns her. Sujata asks Mohan to carry Prasad to temple and ask Uttara to lead him there. Sanskar asks about fourth servant but Mohan says that they were only three and not four. Sujata crying for her necklace but Sanskar ask her to relax as real necklace was with him.

Durga Prasad ask why he did so. He says that he is well aware that someone is against their marriage and so he was tempted to do it. Urvashi says it to supernatural aatma’s work. Uttara comes with necklace saying that she found it on stairs. Ram ask Sanskar to make Swara wear it and Uttara compliments the beauty asking to forget everything that happened.

She clicks a photo but suddenly Swara started feeling suffocated as the necklace started tighten up. Sanskar tries to help her.