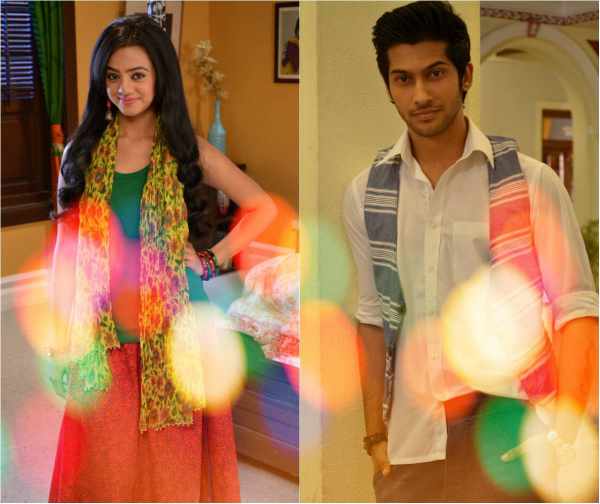 Swaragini 2nd February 2016: The show begins with Swara telling Sumi that Urvashi was one to attack her. Sumi tells her that she felt the presence of Janki there. Urvashi says that her Jiji came to save Ragini. Ragini wonders if she had done well by separating Sanskar and Swara and how can they separate two lovers. She thinks the same of her and is saddened. Laksh comes to call her and then leaves. Ragini closes the door as he leaves. She then looks for the visiting card of the lawyer so that she could stop the divorce proceedings. (see: Swaragini all episodes.)

Sanskar asks Swara to be more careful with Sumi and take full care of her. He also feels sorry for her. Swara says that its fine and she too is sorry for she said too much to him. She says him sorry holding her ears. Sanskar appreciates the fact that such an honest girls is in his life and leaves asking her to call him later. Urvashi warns Swara not to make her angry to which Swara replies that nothing will happen to anyone till she is here! She also asks her not to include Janki’s name as she was a good woman. Sumi overhears her and asks her about the same.

Swara says she will find the evidence about Urvashi doings. Sumi asks her to concentrate on marriage. Swara says that nothing can become a hurdle on her way to marriage. Ragini asks the driver to take her to lawyer’s office. Laksh by looking at the file guess that Ragini might have gone to Mr. Das and is tensed as this can be dangerous for his plan. He calls Mr Das but he is on another line meanwhile Ragini reaches his office and asks peon about him. Ragini also demands Sanskar and Swara divorce file. Peon goes to fetch the file meanwhile Laksh reaches there.

Ragini asks peon to check in alphabetical order. Ragini sees Laksh call and calls him back to tell that she is busy and disconnects. Ragini ask Peon to look for Maheswari and peon gets her Laksh and her divorce papers. He tells her that Swara’s name is not there on the file. Ragini is confused and takes the file. Laksh is frightened seeing the file in her hand.

Swara asks Urvashi if she will go outside. Dadi denies saying that she will not leave the house. Ragini sees Laksh and asks him if everything is alright? Laksh says he thought about what she said and now as he is here he will take care of everything. Peon staring at them and ask if her name was Ragini? And is about to say when Laksh breaks in saying that he will talk to Mr. Das. Ragini tells him about Swara and Sanskar name missing on the file. Laksh says he will take care of everything and she need not to worry.

Swara tells Ragini about Sumi and Ragini says she is coming to Baadi now. Swara asks her to come next morning and Ragini tells the same to Laksh. Swara asks Sumi not to worry and comes out of the room thinking of how to catch Urvashi red handed. She applies the paint again in the night and thinks that she will catch her as doors and windows are closed. She exaggerates that even if her jiju comes he too would be caught as footprints will be imprinted on paint.

Swara wakes up by Lori and closes Sumi door asking her not to be afraid. She listens women singing Lori and then sees her. She decides to catch her. She on following sees her going to terrace wearing the same saree which Janki had in the photo. She follows her and somehow the woman falls on the floor. Swara turns her and is shocked to see Janki’s face.

Swara wakes up by Lori and closes Sumi door asking her not to be afraid. She listens women singing Lori and then sees her. She decides to catch her. She on following sees her going to terrace wearing the same saree which Janki had in the photo. She follows her and somehow the woman falls on the floor. Swara turns her and is shocked to see Janki’s face.