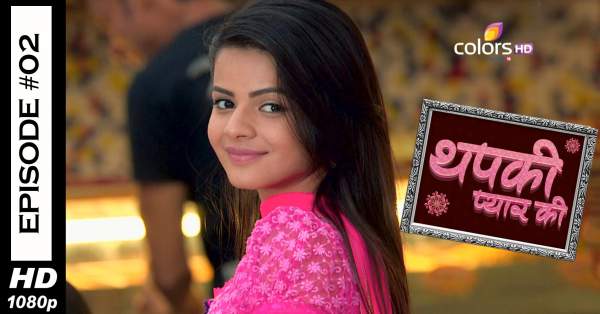 Thapki Pyaar Ki 21st March 2016: Till the last episode, the show witnessed Bihan getting shot by a bullet. He got severely injured and thus admitted to the hospital for the treatment. But, he has lost so much blood that his survival rates were going lower. Then, Thapki reached to her mother-in-law and told the whole incident. (watch: All Episodes of Thapkki Pyar Ki.)

Thapki asked her to donate her blood as both – Thapki’s mother-in-law and Bihan have the same blood group. In nervousness, she asked Thapki to take her to the hospital to save her step son’s life. In a flashback, Thapki remembered what Bihan told about his mother. But, then she stopped and said that she has more important work pending. Thapki, then, again requested her to save a life.

On one hand, Bihan was struggling with his life, but on another hand, Vasudha gave Thapki the divorce papers to sign and get a divorce from Bihan. Vasudha posted it as a business deal.

In the hospital, Doctors were losing hopes to save Bihan. Vasudha asked to sign the papers and then ask Bihan to give divorce to her if she wanted to save his life. Vasudha said to Thapki that on the auspicious occasion of Holi when everyone else would be getting their lives filled with colors, she will lose every color of her life.

Further, Vasudha asked Thapki to leave the house and Bihan’s life forever and never to come back. Now, at this point in time, Thapki got confused as one hand, she can save Bihan’s life and on another hand, she would have to leave everything. Vasudha said that she will go to the hospital only if she signs the papers.

Thapki accepted all terms and conditions of Vasudha, i.e., to leave house and bihan’s life for forever, but asked her first to save Bihan’s life. After their conversation, they rushed to the hospital. Vasudha gave blood to Bihan. He got well. Doctors gave him discharge papers after some time. He finally returned to the home.

Precap: Thapki asked Bihan to give divorce to her.