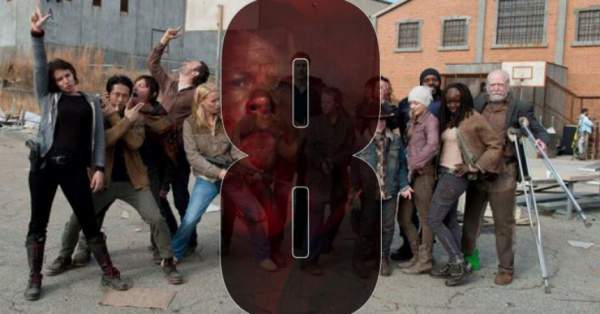 The Walking Dead Season 8: TWD will release soon as it has been renewed for the 8th installment and will also complete 100th episode with it. The TWD season 8 premiere will take place in late-2017 on AMC as the date remained undeclared. The 16 episodes of TWD is also coming with this renewal.

So, here is the great news for the fans, as the renewal of one of the favorite and most watched TV series, TWD 8th installment is confirmed by the AMC. It will air for 8 eight weeks starting October 2017 and then a three-month break. The final episodes will air in February 2018. We guess it will premiere on 8 or 15 or 22 date of October month.

The fun part of all this is that they (AMC) have confirmed the release date of the season 8 of The Walking Dead one week before the release of the season 7. So, as soon as your wait for the resolution of that insane cliffhanger will over, your speculations for the eighth installment will start.

In segment 8 of TWD, Negan will return for more evil shenanigans. Actor Jeffrey Dean Morgan had a very difficult task to bring the popular villain to TV screen from the comics. Jeffrey has confirmed his return to the television screens.

For the people who were following Robert Kirkman’s comics, this news is not astonishing because in that Negan is still alive and well more than fifty issues after the initial appearance of him. If the runner of the show Scott Gimple is planning to go as per the books, then he has lots of chance to cover as far as Negan is concerned.

“What a joy to partner with Robert Kirkman, Scott M. Gimple and some of the hardest-working people in television to bring TWD to the fans. And, most important, thanks to those fans for breathing life into this remarkable TV series right along with us,” said Charlie Collier, president of AMC, SundanceTV and AMC studios.

The full list of cast and characters of TWD season 8 is as follows:

The Golden Globe nominee Maria Bello also hinted that next year she can join as a new character. Roshita’s future isn’t confirmed yet as Christian Serratos is enjoying motherhood for now.

There are several chances that the fans may get to watch a prequel episode which could explore the past of Negan. Rick will finally slash the throat of his enemy, Negan after a long and bloody battle. The conclusion of the story would be titled as All Out War.

Negan lives even after being a prisoner of Rick. Then, we take a two-years leap as civilization rebuilt at Alexandria and Hilltop after the battle. Apart from it, there is one more threat behind Negan and the Saviours. Later on, we would get to see Whisperers, the survivors who believe to be donned in the zombies’ skin.

The group targets everybody who doesn’t agree with their beliefs. Its leader Alpha will kill two important characters – Roshita and Ezekiel. Alpha planted their heads on pikes. The official AMC Instagram account teased the same back in October 2016, the arrival of Alpha and the Whisperers. Are they the antagonists of this installment?

The Walking Dead season 9, season 10 and beyond…

We have arrived only at the Walking Dead season 8. So, do you think TWD team has a masterplan for the future? Producer and director Greg Nicotero said that their plan is to make it keep going until they want to stop it. Nicotero will direct the premiere episode.

Kirkman is writing more of TheWalkingDead comic series. Thus, they is enough possibility that it will keep running for a very long time.

AMC Networks CEO Josh Sapan said that a ‘little’ fall in rating won’t affect the show and it will be there for a long time.

So, stay tuned to The Reporter-Times for more updates of the show.