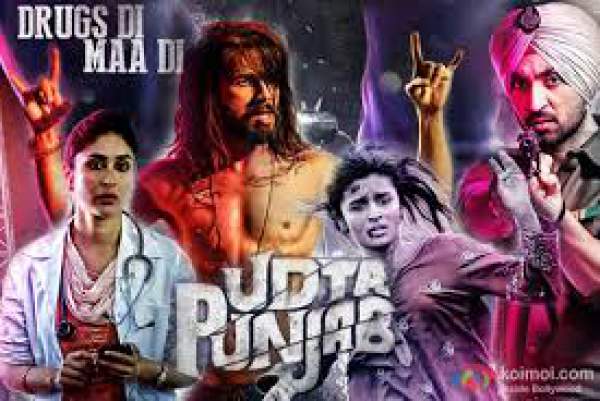 Udta Punjab 7th Day Collection 7 Days UP 1st Week/Thursday Box Office Business and Occupancy Report: Udta Punjab movie performance on box office collections is increasing with each successive day. The movie is performing much better than many other films by Shahid Kapoor and Kareena Kapoor. (watch: Colombia vs Chile.)

Anurag Kashyap vs Censor Board controversy had overall benefited the film’s potential audience. Repeated request by the actors and directors had somehow helped in maintaining Udta Punjab Collections.

On the opening day, Friday UdtaPunjab opens up with a high pace and social buzz. Getting reviewed positively by movie critics, the film was able to fetch a good amount of audience on the opening day itself which had resulted in it not less than ten crore rupees business on the first day. This comes with an average occupancy of 20-25%

On the second day, occupancy increases a bit but drops in the afternoon. The results were approaching but below the expectations. The movie did the business of 11.25 crore rupees with almost 10% hike from the first day of its release.

On the third day, the trend continues with the same pace and the occupancy goes hiked up by 5% and reached 35% in most of the prime locations. The film is getting loved by each and every state of the country, which has benefited it after all. With 10 percent hike on the last day of the weekend, UP collections were 12.5 crore rupees.

On Monday and Tuesday, similar trends were observed where the movie initially took a hike but not able to do magic with the evening shows. On Monday the total earnings of the movie were 4.5 crores while on Tuesday it was 4.1 crore rupees in total. These trend has approached the film to do a great international business.

According to some reports, the movie had also done the mindblowing business of 10 crore rupees in total from the worldwide boxoffice. This totals the first 6 days collection of Udta Punjab to 52.40 crore rupees.

The talkie has managed to get around 2400-2500 screens in India because of ongoing controversy. 2400 screens is a significant number when the audience reach is limited. However, the movie didn’t receive any political controversy after its initial release. The safe screening was possible because of High Court’s judgment.

Overall the business for the first weekend was just next to awesome, considering the earlier releases and response of audience on them. Kareena Kapoor also needed much awaited super hit film after her marriage, and she successfully achieved the same after killer response by the public to the movie.

The movie is already a super hit on the big screen in this down season. It will be awaited to know whether the flick collections will cross 100 crores lifetime collections.

Experts believe that almost 80% of business had been detained because of pirated copies on the internet. The talkie stays top Indian grosser even after getting pre-release copy leaked.