The ancient history of MCU actually ties Nomar with way back to the Eternals movie as well. The Eternals movie will work as a foundation of what going on with modern-day Namor in the Black Panther 2. Spanish Actor Tenoch Huerta is reportedly playing the role of Namor.

We’ll probably see a similar character to the Panther goddess in the MCU Namor, and his people will be worshiping her. The character will not originate in Atlantis as in the comics but in the Central American region.

In the movie, the Namor’s Character will come from a historic and submerged city
of Mexican culture Tenochtitlan, so you get what they’re saying. Marvel Studio is keeping itself away from calling the Aztec city of Tenochtitlan Atlantis.

According to the report, Namor’s people came from a group of people from Tenochtitlan. Among the major powers of Namor, he can summon sea monsters using his cronch. In Doctor Strange 2, Scarlet Witch vs Illuminati scenes, there were a lot of cameos from Namor that were missing.

The main reason behind Namor missing in cameos is that he is going to be a core member of the team in coming films. While Namor is more powerful than Scarlet Witch with his Phoenix fire, it’ll be a bad idea to place him against Marvel’s dark magic queen.

MCU is trying to create some similarities between the characters in the Movie. Black Panther’s dissent with his father and community became a hurdle in his quest for the throne; Namor is introduced as “The Prince”. So it’s most likely safe to assume that Black Panther 2 will be a war between the heir of thrones.

Namor is very old he’s one of the first superheroes ever created. Namor goes back to 1950 when Sir Ernest Shackleton was sent to Antarctica by Winston Churchill to acquire one of the world’s most powerful resources, vibranium. Tragically Shackleton’s expedition ship the Endurance was lost at sea and it’s unknown if his expedition was even successful. 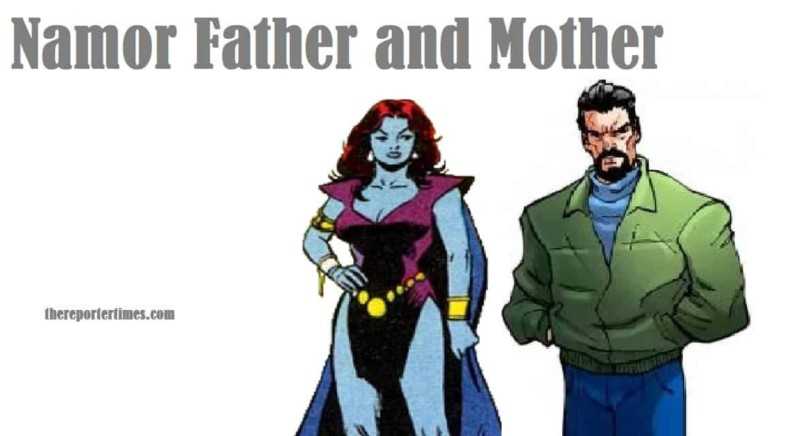 Later in 1920 though a man named Leonardo Mackenzie journeyed to Antarctica to find the missing ship Endurance. Kensi was hoping to recover the potentially valuable vibranium. The Expedition found the ship and they found it is located on ice so they use massive explosives to blast the Endurance free.

These explosions harm the ancient underwater city called Atlantis – killing countless citizens in the ancient kingdom. King Thakorr of Atlantis was greatly angered by the mass destruction that happened to a city so he sends an expedition up to the surface to find the cause of this calamity.

Princess Fenn a straight-up purebred Atlantean decided to individually venture up to the surface because she wanted to prove her bravery to the king. This is where the story of Namor is going to line up with Black Panther.

During her expedition, she fell into a romantic relationship on the surface while Thakorr believed his daughter had been missing this whole time. Eventually, he sent a team up for rescue operations. The team assaulted Leonardo Mackenzie and he was mortally wounded and princess Fenn was taken back to the ancient kingdom.

That time Princess Fenn was pregnant with Mackenzie’s kid. The kid was later named Namor. Namor means Avenging son in the Atlantean tongue.

He was the sole heir to the kingdom of Atlantis. He was sent to the surface to deal with mysterious divers who turned out to be Nazis. He later learned that the Nazis were after Atlantis because they wanted to capture an experiment on the Atlanteans

Nazis were hoping that it would help them in their efforts of world conquest. Namor would have none of that he was focusing his efforts on ending the Nazis and he fought alongside with Human Torch, Captain America, and, Bucky.

Namor is a mutant and he is amazing underwater because he has gills behind his ears that allowed him to breathe underwater. With Superfast healing capacities, he can telepathically be linked with all aquatic life which allows him to also control all sea monsters.

The most important power which made him superior to Aquaman is the power of flight fueled by the miniature wings on his feet. According to the comics, he have an extended life span of more than 120 years which makes him the prime character in Marvel.