Shahrukh’s Zero movie has been released at the box office. Here’s how much it has got as its first/1st day collection (Friday). Anand Rai and Himanshu Sharma have directed and written this particular Indian romantic drama. SRK’s wife Gauri Khan has produced the film while it stars Anushka Sharma and Katrina Kaif in lead roles. 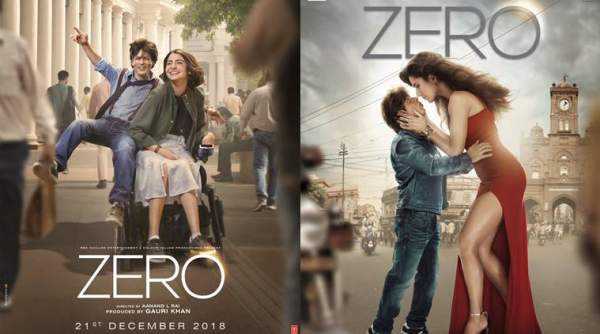 Shah Rukh Khan plays the role of a dwarf (short-height man), Bauua from Meerut. The film’s story revolves around him as he tries to find a marriage partner. In his quest to find a perfect partner, Bauua gets in contact with Aafia Bhinder, a NASA scientist with cerebral palsy. Later on, he falls for a superstar Babita to test his first relationship.

This forms a love-triangle which takes viewers to far-off cities. Zero has been made on a whopping budget of Rs 200 crores and aspires to entire the Rs 300 crore club. The film’s runtime is close to 164 minutes. It’s the first movie of Shah Rukh after his Raees. The fans have been waiting eagerly for it.

Besides Zero, KGF and The Accidental Prime Minister have also been released on the same day itself. And there have been many other movies still running at the box office like Rajinikanth’s 2.0 and Sushant Singh Rajput’s Kedarnath. Based on the budget, Zero is one of the most expensive movies so far.

Based on the expectations, SRK’s Zero movie should earn anything between 25 and 27 cr on its opening day. Besides a good number of screening, it has got a good number of screens in India and foreign too. It seems to be the last (to be) blockbuster Bollywood movie of 2018 as it has got three of the most popular faces in the Hindi film industry. Also, there is no other big release planned for 2018.