Gurmeet Ram Rahim Case: A special CBI court has announced the quantum of punishment against the Dera Sacha Sauda Chief Gurmeet Ram Rahim Singh Insaan in a 15-year old rape case. He has been granted 10 years of jail. After the court proceedings started, each side was given 10 minutes to present their case.

The CBI had sought a life sentence for Ram Rahim while the defence lawyer had asked for a lighter term. The judge Jagdeep Singh was brought to Rohtak jail, where Gurmeet was held, via helicopter due to fear of violence. Only known and a few others were allowed to enter the court. He has been sentenced for raping two women followers. 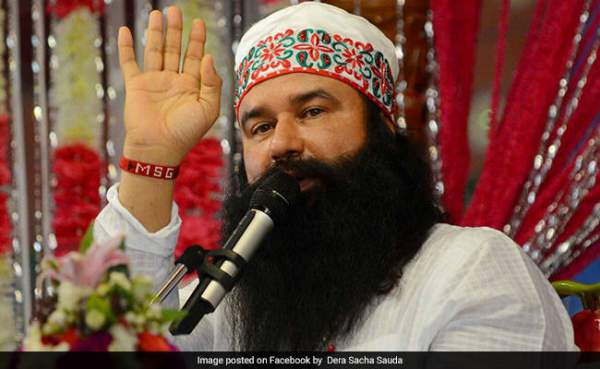 3:30 pm – For the sentence announcement, paramilitary forces, army, and the Haryana police have turned Rohtak into a fortress. The army is on standby. No Dera follower was allowed to enter Rohtak district or around the jail as per the IGP Rohtak Range, Navdeep Singh. Barbed wire barriers have been placed and the residents have been asked to stay indoors in Rohtak.

Baba’s blood pressure has been found normal. It was checked within court premises. The defence failed here as well. Haryana chief minister has called an emergency meeting with three heads – Chief Secretary, Home Secretary, and DGP.

Following the events, all major Dera offices have been sealed, mobile services will remain suspended till 11:30 am Tuesday. Police check posts have been setup at major traffic interjections. Internet leased line connections in Dera Saccha Sauda headquarter in Sirsa will also remain suspended until further notification. Section 144 already in place in some districts and curfew continues in Sirsa.

3:40 pm – Gurmeet bawled outside the court premises and declined to follow the rules, even after giving the warning. Then, personnel took him forcefully inside the jail. Apart from 10 year jail sentence, he was awarded Rs 65,000 as fine. He presented a high voltage drama.

Gurmeet’s lawyer said that they will approach for Punjab and Haryana high court for relief. Now, the focus will move to Sirsa HQ where there are 20,000 followers, reportedly. Fear is that they may be armed. The CBI court added that he will be treated as an another ordinary convict and will not be given special permissions.

Singh was charged under the Indian Penal Code since the offence pertained to an act committed prior to coming into force of the Prevention of Children From Sexual Offences (POCSO) Act, which was notified in February 2013.

Under Sections 375 and 376, the minimum punishment that could have been awarded to Singh was seven years, and he got 10 years in jail.

The CBI judge, therefore, exercised his discretion to raise Singh’s jail term to 10 years from an otherwise minimum of seven years.

Both the states – Haryana and Punjab’s schools and colleges have been shut down for the day. Along with it, mobile services have been suspended, security has been increased, and a five tier cordon around a Rohtak jail has been placed. All the arrangements were done to announce punishment to self-styled godman Gurmeet Ram Rahim Singh.

When the case verdict was announced, his followers ran riot and clashed with security forces. It engulfed the lives of 38 people and more than 250 were injured. Out of 38, 32 were killed in Panchkula where the case hearing was done. Six people died in Sirsa, which is the headquarter of the sector.

The hearing began at 2:30 pm IST on the quantum of punishment.

Stay tuned to TheReporterTimes for more updates as the tension rises in Punjab and Haryana.