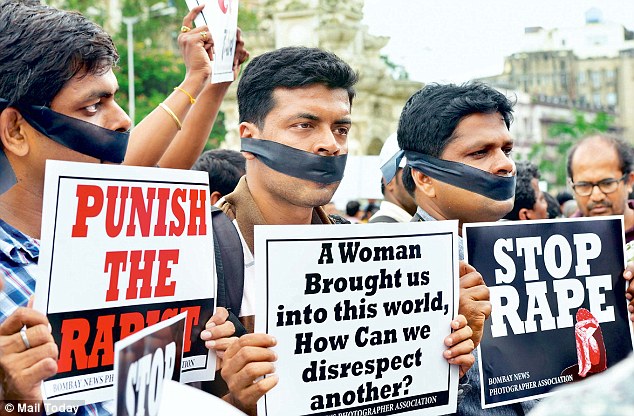 One of the major setback of having a blindfold judiciary is that it could not really decide what is the actual punishment should be given to the Culprit. 67-years ago when India took its first republic statement it was believed that the law would have an outstanding constitution to reduce the crime at its best. The first adopted system by Indian Law was Jury judiciary system.

Under the jury judiciary system, the law actually have eyes and ears when it usually analysis the situation to take any judgement. Killer of Mahatma Gandhi, Nathuram Godse was found innocent under the jury system as his intentions was somewhat in benefit of the nation.

However after 1960s the jury system was abolished in India. Since the jury can not in most cases weigh proper legal complicacies and is likely to be swayed by popular and painted notions. Under the jury system a panel of judges and literate persons took the table to decide what next we should do.

If the jury system was existed today, The rapist would be sentenced with a life sentence. The rapist and convict in 2012 Delhi gang rape case was a 17 year old mature guy who brutally inserted a steel rod in the vagina of a girl and killed her. He was even drunked at the moment. Unfortunately since he is a minor, the court addressed that he could not be jailed for more than 3 years.

As a honorary gift for spending 3 years in jail and living out a new life, as per policies of Delhi Govt the rapist would be awarded with a cash prize of 10000 rupees and sewing machine as the statement read ‘To start a new life’

We should really hope that one rape victim should also get a cash prize for ‘another chance’ in case another rape will happen in India. Ever.

The victims, a 23-year-old female physiotherapy intern and her male friend, were on their way home after watching a film in Saket in South Delhi.They boarded a chartered bus at Munirka for Dwarka that was being driven by joyriders at about 9:30 pm. The minor among the accused had called for passengers telling them that it was going towards their destination.The woman’s friend became suspicious when the bus deviated from its normal route and its doors were shut. When he objected, the group of six men already on board taunted the couple, asking what they were doing alone at such a late hour.

When the victim’s friend tried to intervene, he was beaten, gagged and knocked unconscious with an iron rod. The men dragged the woman to the rear of the bus, beating her with the rod and raping her while the bus driver continued to drive. Medical reports later suggested that the woman suffered serious injuries to her abdomen, intestines and genitals due to the assault, and doctors say that the damage indicates that a blunt object (suspected to be the iron rod) may have been used for penetration.That rod was later described by police as being a rusted, L-shaped implement of the type used with a wheel jack.After the beatings and rape ended, the gang threw the two from the moving bus. Then the accused allegedly tried to drive the bus over the woman but she was pulled aside in the nick of time by her male friend. One of the perpetrators later cleaned the vehicle. Police impounded it the next day.As she was pinned down and raped, the young woman put up a fight but was hopelessly outnumbered. She bit three of the men assaulting her. The bite marks on the three accused men are likely to be part of the Delhi Police’s evidence in their chargesheet.

The woman and her companion were found by a passerby on the road, partially clothed and unconscious, around 11 pm. The passerby phoned the Delhi Police, who took the couple to a hospital, where the female victim was given emergency treatment and placed on mechanical ventilation.The victim was found with only 5% of her intestines left inside of her. A doctor at the hospital later said that the “rod was inserted into her and it was pulled out with so much force that the act brought out her intestines also. That is probably the only thing that explains such severe damage to her intestines.”

Is it the definite failure of the Judiciary Mahatma Gandhi dreamt of during India’s Independence? Write us at thereportertimes1@gmail.com