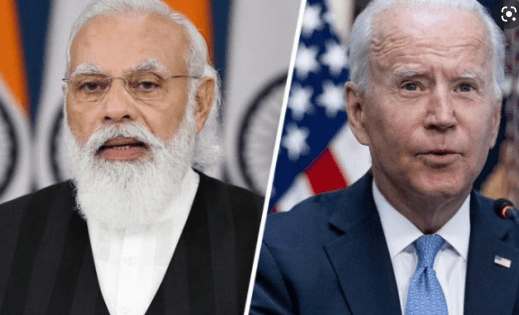 According to the reports, US DEPUTY National Security Advisor Daleep Singh will be visiting India this week to discuss common grounds relating to sanctions imposed on Russia. Ironically enough, Russian foreign minister Sergey Lavrov will also be visiting India tomorrow to discuss trade opportunities with India. Noticeably, British foreign secretary Liz Truss will also be joining the party this week.

This is the first time since the Russian invasion of Ukraine, that 4 of the representatives from the most powerful nations in the world will be together in one city. Earlier this week, the Chinese Foreign minister also paid his visit to New Delhi. While the Chinese counterpart’s visit was more focussed on disturbances in Sri Lanka and trade opp ortunities, the agenda of US, British, and Russian representatives aren’t yet clear.

Lavrov is visiting India after completing his visit to China. His visit is surprisingly coinciding with the arrival of Singh and Truss in New Delhi. While British and American counterparts are repeatedly urging India to impose sanctions against Russia, it’s impractical for India to import the Oil at current market rates and pass the burden to the general public.

India is currently handling the economic recession in Sri Lanka by extending a relief package of 2.5 Billion USD. Sri Lanka is among the worst-hit countries due to sanctions imposed by the West on Russia.

India is rapidly shifting its base from Crude Oil to Electricity by adopting Electricity Vehicles in a rapid manner. The early adaption of Electric Vehicles in India isn’t news of rejoicing for Oil Surplus countries.