The Reporter Times
Home News Happy Cinco de Mayo: When & What Is History and Meaning of... 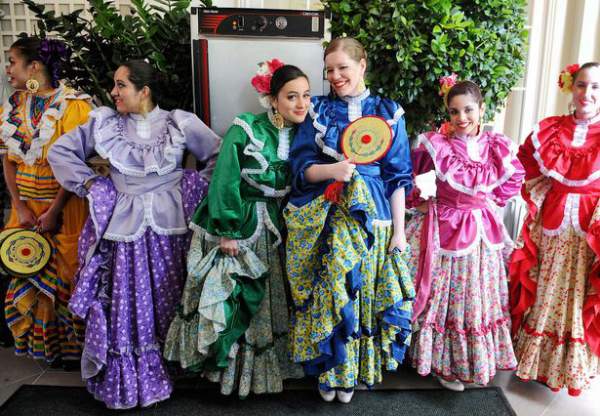 Cinco de Mayo Facts: Here is all the info needed to know why we wish happy Cinco de Mayo on the May 5 every year. How to say ‘happy 5th of May’ in Spanish. What are the traditions of this Mexican holiday, event food, and where does it originated from?

On 5th May, more than two million people around the world enjoy the Mexican cuisines (dishes/food), its culture, and especially the Music. But, do you know why it is celebrated? What is the Cinco deMayo history? And how people celebrate this day? Here, we have a complete guide on the page.

What is Cinco De Mayo?

CincodeMayo is the Spanish phrase which means ‘the fifth of May’ in English. It commemorates the unlikely victory of the Mexican army over the French forces in the Battle of Puebla (la Batalla de Puebla). The army didn’t have sufficient amount of arms but still went to tackle and attack their enemies towards the Mexico City from Veracruz.

On one hand, Mexico just had 4000 soldiers while France was equipped with sufficient arms and double manpower, as per the historical records. Despite lacking significantly in number and weapons, they won under the leadership of General Ignacio Zaragoza Seguin on May 5, 1862.

What happens on May 5?

People organize parties on the event marking the historic victory of the Mexican army in the battle which took place over 150 years ago. In the US, the celebrations include colorful parades, musical performances, and street festivals.

The people of Mexico organizes a short skit/enactment of the 1862 battle between the two armies. It includes many Mexican food dishes like tacos, enchiladas, guacamole, and nachos. People should not get confused with Mexico’s Independence Day which takes place on September 16, every year.

Where is it celebrated?

Mexican people celebrate the CdM all around the world. However, it is celebrated especially in the Mexican state of Puebla on a large scale. Events are organized worldwide with Mexico and nations like Canada, Australia, the US, etc.

London witnessed the biggest celebrations in the UK with hundreds participating in the festivities. Parties take place in the celebration of nations’ culture and music, food, drinks, and local customs. In Mexico, the celebration is mostly ceremonial like military parades and battle enactments.

Now, it’s more popularly celebrated in the United States than Mexico. The date is now also regarded as the celebration of Mexico-American culture. However, the day shouldn’t be confused with Mexico’s Independence Day which is observed on September 16. It got independent from Spain.

How to say happy Cinco de Mayo in Spanish

It’s ‘Feliz Cinco de Mayo!’. You can see that there is not much difference.

Stay tuned to TheReporterTimes.com for latest worldwide events’ updates. Do you celebrate this event? If yes, then how? Feel free to share your thoughts with us via comments. We wish you all the best for your celebrations.

Fourth of July SMS, Quotes and Wishes to Celebrate the USA Independence Day 2019