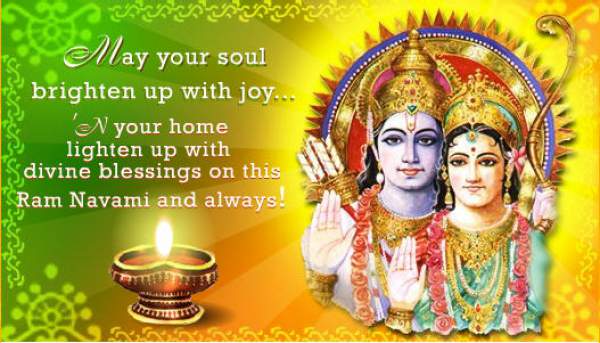 Ram Navami 2019 Muhurat: The birthday of Lord Rama is known as the Rama Navami. This year, it is going to be celebrated on 14th April 2019. He is believed to be the seventh incarnation of Lord Vishnu. It is one of the most auspicious occasions in the Hindu religion. Thus, keeping it in mind, this day is observed with lots of enthusiasm and zeal. The devotees of Lord Rama observe fast, perform rituals, Maha Puja by chanting some mantras to seek the divine blessings of Lord Ram.

Below is the auspicious timings mentioned to perform Rama Navami puja ritual as per the mahurat timing.

Moreover, Hinduism religion is believed to be the oldest religion in the world, and it has been found mentioned in the Kalika Purana. Everyone celebrates it irrespective of their caste or status.

Sriramanavami is a major Hindu festival and is widely celebrated with great devotion. Shri Rama Navami is highly popular amongst Vaishnavites. Its celebration includes:

1. The narration of Ramayan take place on Rama Navami
2. People recite Ramaraksha Stotra
3. Kirtans are organized
4. Idol of Shree Ram gets ready with beautiful ornaments and embellishments
5. Idol of Lord Ram is swung in the cradle

1. Take bath and sit on a Puja place with all Pujan Samagri (items needed for Puja)
2. Tulsi leaves or a lotus flower plays an important role in his worship
3. The worship of Lord Ram begins with the sixteen steps known as Shodashopachar Puja
4. Prepare Kheer & keep fruits as a Prashad
5. After Puja, the youngest female in the house puts Tilak (vermillion on everyone’s forehead)