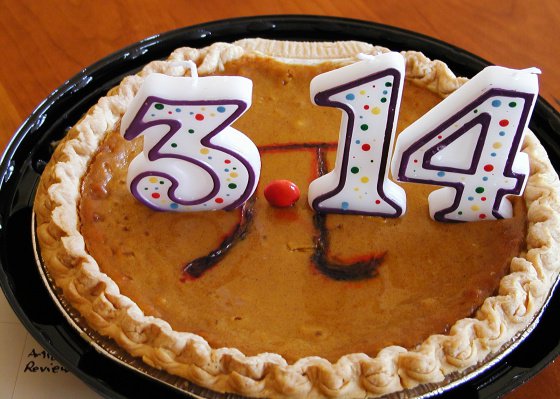 Pi day, often recognized as 3.14 means the value of the actual pie (π) celebrated on the 14th day of March which is the third month of the year. The day is also important because of nexus with Albert Einstein birthday. There is some weird logic behind the transformation of pi day into a reality and why celebrated on the 14th of March only.

Correct observation is linking the day to some the month and year. But there are some coincidences which can shock anyone. Yes, it’s a fantastic noticeable fact that if we mirror 3.14 written, it will form an image symbolizing pi. However, some food freaks have linked the day with a pie dish. One of the interesting facts is, one mathematician from India named Srinivasa Ramanujan calculated the value of pi.

Some amazing quotes by Albert Einstein