Live streaming of Arsenal vs Watford (ARS vs WAT) is available here. Feel free to watch Watford v Arsenal live streaming and score updates. Arsenal hosts Watford for the 23rd matchday of the Premier League at Emirates Stadium for the game. After 22 games, Arsenal is second on the table with 47 points, eight points below Chelsea and one point above Tottenham.

On the other hand, Watford is 14th on the table with 24 points from 22 games, two points below Burnley and three points above Leicester City.
When
01st February 2017 at 01:15 (IST).
Where
Emirates Stadium, London, England. 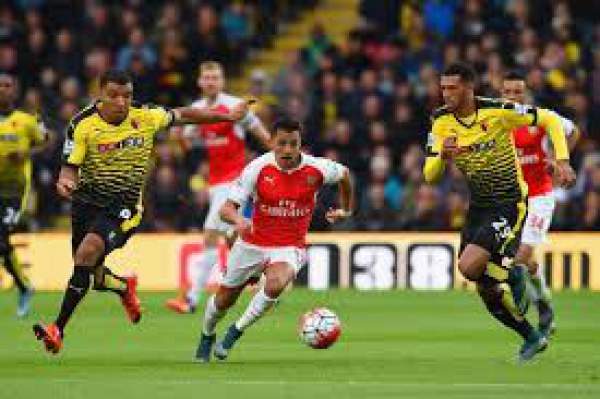 Arsenal vs Watford Preview: Arsenal is trying their best to push up on the table, but Chelsea is not making things easy for them. Arsenal blasted their way into the fifth round of FA Cup as they beat Southampton by 0-5 at St. Mary’s Stadium. Walcott returned to the starting XI from injury and scored a hat-trick and Welbeck also scored twice.

Arsenal has won five successive home matches in the league and are unbeaten in the last 10 games at Emirates Stadium. They scored six times in the 90th

Advertisement
minute this season. Alexis Sanchez has scored in all three premier league appearances against Watford. They have won four and drew one game in their last five games in the EPL. They played against Burnley in their last game in the league and won the game by 2-1.

Watford crashed out of the FA Cup as they lost to Millwall by 1-0 in the fourth round game. They are winless in their last seven games in the league, drawing three and losing four. They have lost two games and drew three in their last five games in the BPL. They played against Bournemouth in their previous league game and drew the game by 2-2 after going 0-1 in the first half.

Match Result Arsenal vs Watford Prediction
Arsenal is in great form in the league, and it will be tough for Watford to beat them at home.