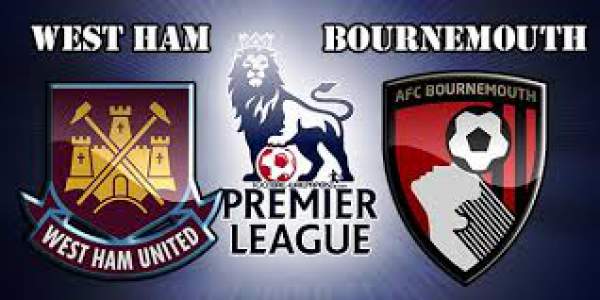 Bournemouth vs West Ham United Live Streaming Info: BPL 2016 Live Score, Football Match Preview – 12th January: It is the second match of the 21st matchday of the Barclays Premier league and we have Bournemouth hosting WestHam United at the Vitality Stadium. Bournemouth being the newly promoted side have been struggling. (see: Aston Villa vs Crystal Palace.)

They are currently 16th on the table with 21 points, two points below Norwich City and two points above Swansea City and they are just four points clear of the relegation zone and they cannot afford to lose matches in this position and risk being in the relegation zone. West HamUnited is currently sixth on the table with 32 points in the 20 games played, one point below Manchester United and one point above Crystal Palace and they can push on in the top four which is only four points away.

They need to take every match day one at the time and focus on the opposition’s tactics and try to break them and be on the advantage against them. In the last five games in the Premier league, they have won two against Manchester united by 2-1 and West Bromwich Albion by 1-2, drew two against Crystal Palace and Leicester City and lost one against Arsenal by 2-0. They lost their cup tie against Birmingham City by 1-2 and are eliminated from the FA Cup.

WestHamUnited has been very strong throughout the season and are looking very good at this point of the season. They have won eight, drew eight and lost just four of their 20 games played in the league. In the last five games, they have won two against Southampton by 2-1 and Liverpool by 2-0 and drew three against Stoke City, Swansea City and Aston Villa. They were knocked out by Wolverhampton by 1-0 in the FA Cup third round.