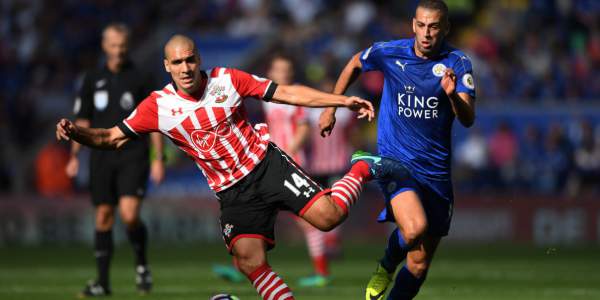 Burnley vs Southampton Live Streaming: Burnley hosts Southampton for the 21st matchday of the Premier League at Turf Moor. Both teams were in action for the FA Cup last week and will continue in the league now. Burnley is at 12th spot in the table with 23 points from 20 games, one point below Stoke City and one point above West Ham United. Southampton has dropped down to 10th on the table with 24 points from 20 matches, one point below Bournemouth and above on goal difference from Stoke City.

Burnley is currently 12th on the table and needs to improve their game if they want to get into the top 10. They have conceded a lot of goals in league with 31 conceded till now. Andre Gray has scored five goals for them and is their top scorer in the league and Steven Defour has three assists to his name in the league.

They played a goalless draw in their FA Cup third round fixture against the struggling Premier League side Sunderland away from home. They have an average form in the league right now with two wins and three losses in their last five games. They played against Manchester City in their last game and lost the game by 2-1.

Burnley and Southampton have played 26 times against each other in which Southampton have won 10 times; Burnley has won seven times, and nine have been draws. Southampton has already won at their home by 3-1. Burnley won against them in the 2014/15 season by 1-0 at home.

Southampton was also involved in the FA Cup 3rd round against Norwich City but also ended the game in a 2-2 draw. They have won one game, drew one and lost three games out of the last five played in the league.

Being at home Burnley have the advantage, but Southampton is not easy to beat.