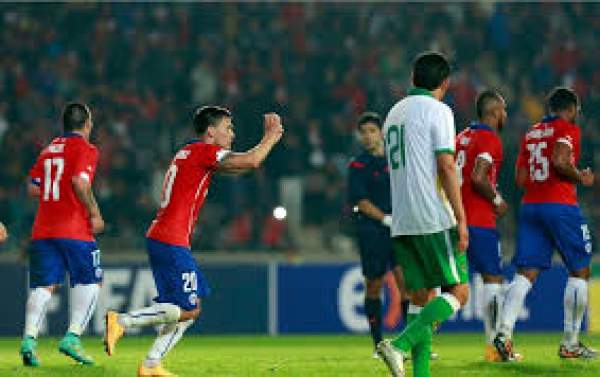 Chile vs Bolivia Live Streaming Copa America 2016 Score; Match Preview – CHI v BOL Prediction 10th June: In the upcoming game, Chile will play Bolivia today. It will be an unmatched contest in which the top-ranked team will fight the lowest ranked side in CA at the Gillette Stadium. (watch: Switzerland vs Albania.)

Both the teams have reached to this match after losing in their last game by a score of 2-1 each. Chile played Argentian while Bolivia had a game against Panama. We witness two completely opposite sides of Chile in the two halves of the game. In the latter half, they showed their potential.

Bolivia can surpass and defeat their opponents in this match on Friday by teamwork. Mark Gonzalez, the Chile forward said the following during a press conference.

“Criticism has always been a part of the game. It affects all humans, and it is a part of the job. We expect to win against Bolivia and create a different story. There have always been some exceptional cases at every corner in life like what happened against Argentina.”

On paper, as per the earlier statistic, we should win against Bolivia. However, it will be a genuine mistake of relying on it entirely. We know we have to win it and for it, we have to strive hard and we will as the Copa America is going to very tough,” he added.

In their last game, it looked like Bolivia will draw its game against Panama at some point of time. But they allowed their opponents to score a goal, and it turned out to be a horrible mistake. They conceded a goal just three minutes before the game ended.

Bolivia has potential to win games, but they will be fighting defending champions Chile and thus they would more than just efforts. The game is going to be exciting for sure. The main fight will be between Bolivian defenders and Chilean forwards.

Bolivia vs Chile (BOL v CHI) is set to start at 7 pm ET (4:30 am IST next day). Below is the complete information regarding the live stream and tv information of the upcoming CA game.

Indians can catch the live updates on Sony ESPN and Sony ESPN HD while the residents of the USA and South America (Latin America) can watch it on Fox Sports and DireTV respectively.

In the UK and Mexico, the service will be provided by Premier Sports and Univision, TDN, Azteca respectively. The Canadians and Singaporeans can watch it on Univision and Singtel respectively.

For the people living in Thailand, they can switch to TrueSport 1 for the live action. Australia, french, and Spaniards can watch it on BeinSports.