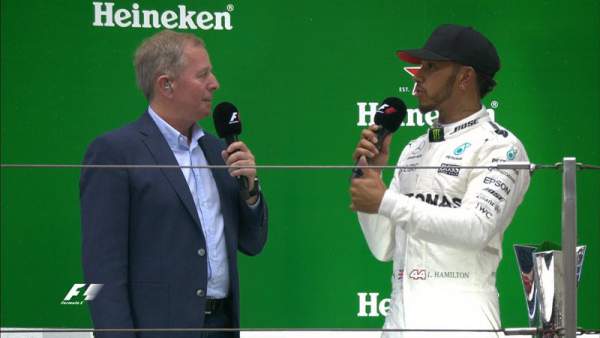 F1 Chinese GP 2017 Results & Winner: Lewis Hamilton has won this year’s Formula 1 Grand Prix held in China on April 9, 2017. He edged over Sebastian Vettel and defeated him in the race. Thus, it made Hamilton and Vettel tied at #1 in the 2017 Formula 1 world championship. It was like a topsy-turvy race against Vettel.

The Ferrari was a long way ahead in the early part of the race, but Vettel’s decision for an early Virtual Safety Car cost him the position which he couldn’t gain later on. Max Verstappen finished third after a feisty drive. He gained 10 spots in the first lap itself. He started at number 16 on the grid. He surpassed Daniel Ricciardo at the last moment to get the last position on the podium for the Chinese Grand Prix.

Ricciardo started on a very good note and remained second to Hamilton in the early stages, but Verstappen overhauled him in the middle stint. After it, he again chased and made it very close as the laps were finishing. The Australian racer got into the top three on the last lap, but a locked brake made him slipped to the fourth position.

Verstappen was followed by Kimi Raikkonen and Valtteri Bottas.

Stay tuned to  TheReporterTimes for latest F1 news and sports updates around the world.