Germany and Chile go head to head in the second game of Round 2 of the FIFA Confederations Cup 2017 at the Kazan Arena in Kazan. Both teams are in group B with Cameroon and Australia and have won their first games. This game will be a decider if any team is able to win here, that team will go through to the semi-finals. 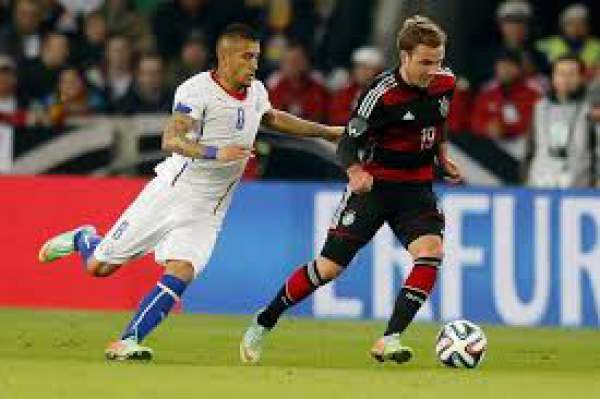 Chile played their first game of the tournament against Cameroon and won the game by 0-2 as Arturo Vidal and Eduardo Vargas both scored in the 81st and 91st minute respectively. Cameroon was a fairly easy team for talented Chile side with world class players like Arturo Vidal and Alexis Sanchez.

But now they face one of the best teams in the World and they will have to bring their best if they want to win against Germany. Chile has lost only one of their last five matches. Alexis Sanchez will certainly be one of the main men and with Germany’s inexperienced backline, he can really cause big problems for the Germans.

Germany played against a comparatively easy side Australia and won the game by 3-2. The game was not an easy one as Australia did not give up that easily but in the end, the far more talented German side won the game.

Julian Draxler and Emre Can be very effective against Chile and can cause menace for the Chile side. Germany is currently unbeaten in 11 matches, winning nine and drawing two. The last time these two sides met ended in a German win by 1-0.

Both teams are in good form and anything can happen here.