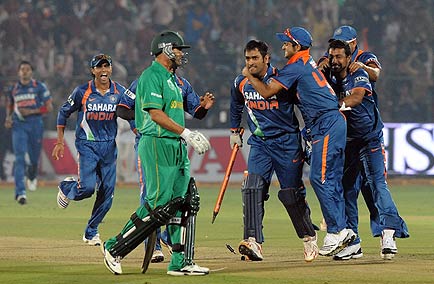 India vs South Africa match comes to be one of the most boring match of the whole century with South Africa hardly scoring one run on the set of 6 balls. The team should prepare themselves to handle out the trolls on social media after this match. First innings of both India and South Africa was satisfactory with a run rate of more than 2 runs per over. But in the second innings South Africa players are literally enjoying the match too much with run rate of 0.99 runs per over.

IND vs SA 4th Test Match Series is divided into two innings on the first innings both the teams have performed nicely as per the expectations from a test match, but as the match moves forward SA seems very low today while batting.

During the first innings of Day 5, AM Rahane and Virat Kohli from Indian cricket team have shown the real boss of the series. From the opponent side AB de Villiers comes as the only batsman with good scoring, resulting higher winning rates for Indian team in comparison to South Africa with higher run rate.

First Innings of India in India vs SA

First Innings of South Africa in Ind vs SA

South Africa have underperformed during the ending days of series with a lower run rate, Amla who have many expectations from his fans not able to show his magic on feild.