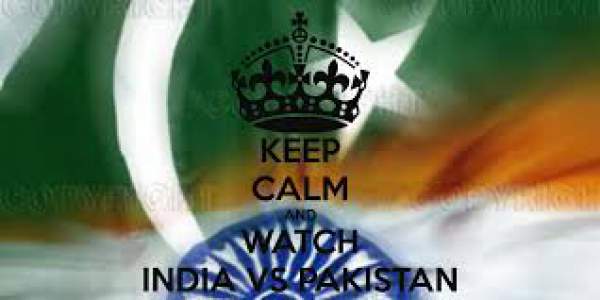 India vs Pakistan WT20 Live Streaming Info: Cricket Score; T20 World Cup 2016 Preview – 19th March – PAK vs IND: Hello and we welcome you to the mother of all cricket matches and rivalries for which millions of fans eagerly wait for too long. India will take on Pakistan in today’s match of World T20 2016. (check: Kapoor and Sons collection.)

The two great rival cricket nations will be against each other once again. During the Asia Cup which concluded earlier this year, the venue wasn’t fixed, and it was settled in Mirpur. Though it has been a little late, but it will be played at the Eden Gardens in which both the nations will fight hard to win the game.

[mashshare] India needs to win this game as they have already lost one against New Zeland while Pakistan is happy with its state. Pak came to it after defeating Bangladesh in their first T20 WC game. Its batsmen did very well with scoring 200 runs. On this ground, they have never lost to men in blue in limited over cricket.

Well, forget about history as it has been done already. Now, what matters is that what should we keep in mind is the present state. The primary focus should be what should be done to play better cricket. However, Pakistan can look and enjoy it with pleasure to gain some confidence.

On another hand, the history and records tell us that India has never lost to Pakistan in either 50-over game or if its T20 World. Thus, the Indian team will have some mental confidence and boost. No one should get lost in the records as India lost its first t20 world cup match against New Zealand, which had reduced the expectations of fans. Now, it seems that India is just another team in the group.

The men of MS Dhoni have to win the match else it will practically mean the end of India’s journey in the worldt20 tournament. The recent loss has resulted in making a poor net run rate for India. At the same time, the victory of Pakistan has made them top the group 2 for now. Pakistan’s loss won’t mean their exit from the tournament. But, India can’t afford another loss.

India has to find something to make to win the match. Moreover, they had beaten Pakistan in Asia Cup recently. They have to show why they are world number one and why they were branded as the fan favorites at the start of the World T20.

Irrespective of the bowlers, the shortest format, depends on batsmen. If India didn’t start at a proper rate, then it will reach the end of its journey this time. In that condition, they will bid goodbye to World T20.

The pitch at Eden Gardens is slow as the experience of previous matches tells us. As of now, it hasn’t produced many turns to be of anything special worry. The quickly throwing away of wickets need to be restricted. India will have to cope up with their issues to come out victories to continue the path of their dream.

IND vs PAK is set to start at 7:30 pm IST (7 pm PKT, 2 pm GMT). Indian and the fans of neighbour nations can catch it on Star Sports Network, and it can be watched online on starsports.com and Hotstar. PTV Sports will telecast it in Pakistan.

The fans living in Middle East and North Africa can catch the live updates on OSN Sports Cricket HD. SuperSport will broadcast in the rest of the Africa continent. The audience of the UK and England can watch it on Sky Sports 2. The people in the USA and Canada can catch the updates on Willow TV.

For Singapore and Hong Kong, Star cricket will do the job. Astro Sports, Fox Sports, Sky Sport and ESPN Cricinfo will telecast it in Malaysia, Australian, New Zealand, and the Caribbean.