India vs South Africa: The live streaming and live cricket score of 2nd ODI will be available on the following portals. You can watch live cricket match today online on Sony ESPN tv channel and can stream on its official website. It is the official broadcaster of the series. It will be played in Centurion on February 4, 2018, and will start at 1:30 pm IST.

The India national cricket team was able to register a victory in the first one-day international under the leadership of young captain Virat Kohli. Now, the confident men-in-blue will come to the ground looking forward registering another win and get ahead by 2-0 in the 6-match ODI series. If it happens, it will put a lot of pressure on the Proteas. 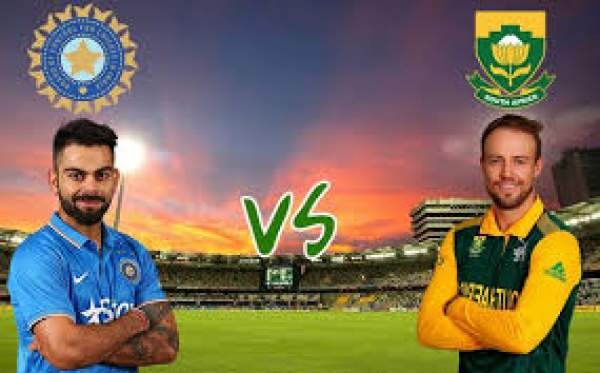 It was the first even win for India in ODI against the hosts in Durban. As of now, the visitors are leading with 1-0 and the credit goes to the spinners’ performance. Along with the bowlers, Kohli also contributed significantly by scoring his 33rd century.

If South Africa could score 60 more runs, then they probably would have won it. Also, they failed to pick up wickets at regular intervals. The regular captain of RSA, Faf du Plessis has suffered a finger injury and thus, has been dropped for the remaining ODIs and 3 T20Is. Along with him, AB de Villiers won’t two more matches due to a finger issue.

The Indian audiences can watch IND vs SA live stream on Sony ESPN site, hotstar.com, and sonyliv.com. The fans in the UK can stream the SA v IND match live on www.skysports.com. The live telecast / broadcast of the match will be on Sony Ten 1, Sony Ten 3 and their HD channels in both English and Hindi commentary/feeds.

The loss in the first game ended the 17-match unbeaten run of the Proteas on the home soil starting from February 2016. Farhaan Behardien has been called back to the batting lineup. Earlier,  he was left out for the 2019 World Cup preparation. Wicketkeeper-batsman Heinrich Klaasen has been drafted as the backup for Quinton de Kock.

India to win and lead the ODI series by 2-0.

Come back for the man of the match, video highlights, scoreboard, and much more.