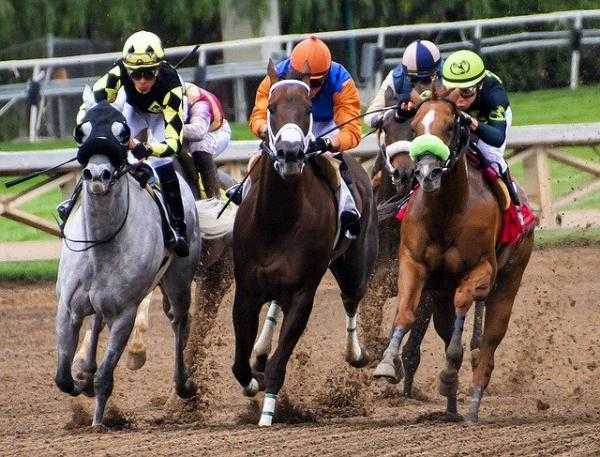 Little Big Bear produced one of the best performances of the season in the UK and Ireland with his victory in the Phoenix Stakes. The two-year-old from Aidan O’Brien’s yard prevailed by seven lengths in the Group One contest for two-year-olds.

The son of No Nay Never brought his record up to four wins from five starts on the track. The race at the Curragh was his first attempt at a Group One contest, and he proved he had the class to score at the highest level.

WOW, That is special. Little Big Bear dominates his rivals in the The Group 1 Keeneland Phoenix Stakes and continues his winning form and goes from strength to strength for Aidan O’Brien and Ryan Moore. 🏆@keeneland @Ballydoyle pic.twitter.com/4qZqUrswYf

The Ballydoyle runner is now the +450 favorite in the  betting on horse racing for the 2,000 Guineas at Newmarket next year. His trainer has an excellent record in the British Classic, as he has won the race a record 10 times.

O’Brien will now be considering the next assignment for his talented colt. He is +1000 in the York Paddy Power York races betting for the Nunthorpe Stakes at York’s Ebor Festival. That race could see him take on some of the leading UK-based two-year-olds, including Royal Aclaim and The Platinum Queen.

Little Big Bear also has an entry in the Group One National Stakes at the Curragh in September. That race has been won by the likes of Dubawi, George Washington, New Approach, Churchill and Native Trail in the past, so it has a strong roll of honor.

Team Ballydoyle are on the board! Little Big Bear lands the Windsor Castle for Ryan Moore and Aidan O’Brien at #RoyalAscot! pic.twitter.com/uG1SS3s6og

The first big test in Little Big Bear’s career came in the Windsor Castle Stakes where he beat 23 other rivals to land the 5f contest. Under the hands of Ryan Moore, the pair hit the front with 110 yards to go, and they kept on well at the finish.

O’Brien’s runner then returned to Ireland for the Anglesey Stakes. That race took place over the extended 6f trip at the Curragh, where he powered home to score by just under five lengths.

The two-year-old’s only defeat so far came on his debut at the Curragh. He had to settle for second place behind Tough Talk in a maiden contest. The Group One winner now has an official rating of 110.

Comparisons Being Made to O’Brien’s Best

After how impressive he was in the Phoenix Stakes, comparisons are already being made with some of the best horses O’Brien has had in his yard, including George Washington, Galileo and St Nicholas Abbey.

Next year will be a big season for Little Big Bear, as he will have the chance to replicate what some of his predecessors at Ballydoyle achieved, with the Classics in the UK and Ireland being his priority. He will also be judged on what he achieves against the older horses when he steps out of his own age group.

O’Brien spoke very highly about the horse after his Curragh victory. He described him as being “big, fast, strong and uncomplicated”. The 41-time British Classic winner also said: “he looks a special horse”.

Given what he has achieved, and the compliments he has received from his trainer, the future looks very bright for the new 2,000 Guineas favorite.