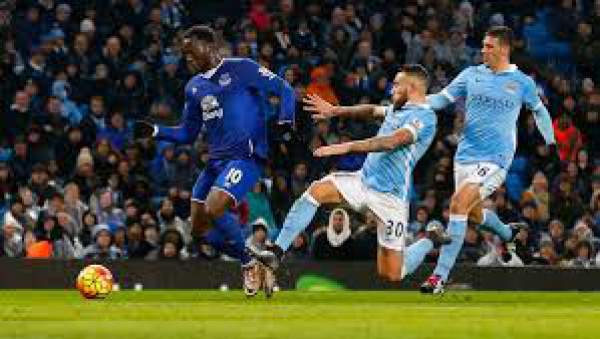 On the other hand, we have Everton who is fifth on the table with 14 points from seven matches, two points below Liverpool and one point above ManUnited. Man C is in excellent form right now and beating them at home would be tough for Everton.

Man City vs EVE Preview
Manchester City is the EPL leaders with 18 points from six wins and one loss, scoring a total of 18 goals and conceding just seven goals. Sergio Aguero has been in top form as he has five goals to his name till now with Raheem Sterling following with four goals and the new signing Nolito also having two goals to his name.

Kevin de Bruyne has four assists to his name and is the league’s top assister with Kevin Iheanacho having three assists as well. Manchester C has won four games and lost one out of the last five they have played in the league. They won against Swansea City by 1-3, against Bournemouth by 4-0, against Manchester United by 1-2 and against West Ham United by 3-1.

They played against Tottenham on the seventh matchday of the league and lost their first game in the league by 2-0 away from home. Kolarov scored an own goal in the ninth minute of the match to give Tottenham the lead. After that, Alli doubled their lead in the 37th

Advertisement
minute, and the game ended at 2-0.

Everton is 5th on the table with fourteen points from four wins, one draw, and two losses, scoring 13 goals and conceding eight goals in total. Romelu Lukaku is their top scorer with five goals to his name. In the last five games in the league, they have won three games, drew one and lost one game.

They won against Middlesbrough by 3-1, against Sunderland by 0-3 and Stoke City by 1-0. They played against Crystal Palace on the seventh match day and drew their game by 1-1. Lukaku scored in the 35th minute to give the lead to Everton and then Benteke equalized in the 50th minute to make it 1-1.

Match Result
Man City vs EVE Prediction
ManchesterCity is in great form despite their recent loss against Tottenham and beating them would be tough at home.

Catch Manchester City vs Everton Live Score on
You can watch it live on Star Sports network.

Come back for the match result, full video highlights, scorecard, and much more. Don’t forget to share it on social media sites like Facebook, Twitter, Google Plus, etc. Stay tuned to The Reporter Times for latest EPL news and other sports updates across the globe.