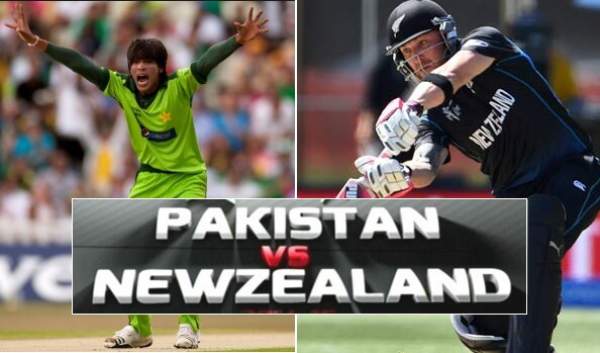 Pakistan vs New Zealand 1st T20 Live Streaming Cricket Live Score; Match Preview – PAK vs NZ – 15th January 2016: Another new tour is starting and, this time, it is Pakistan visiting NewZealand for three T20s and three One Day internationals. Pakistan hasn’t played an international match since December and are out of international touch for a long time. (see: India vs Australia.)

The last time they played England in the United Arab Emirates and NZ just finished their series against Sri Lanka as they played two test matches, two T20s and five One Day Internationals and they won them all. Pakistan played well against England as they won the test series and lost the One Day series and also the T20 series.

Overview
The tour will kick off from today that is the 15th of January, the teams will be playing three T20s till January 22nd and after that, the teams will play three One Day internationals till 31st January. (see: Bangladesh vs Zimbabwe.)

NZ hosted Sri Lanka and totally dominated them throughout the tour, they started with the test series on the 10th of December as they played their first test at the University Oval in Dunedin and won the game by 122 runs and then the second test was played at Seddon park in Hamilton and won the game by 5 wickets.

After the test series, they played the One Day series starting from December 26th. The first One day was played at Hagley Oval in Christchurch which NZ won by seven wickets and they also went on to won the second match by 10 wickets. The third One Day was won by Sri Lanka by 8 wickets at Saxton Oval in Nelson and then the next match was washed out and last One Day was won by NZ. The last phase of the tour was the T20 series and that was also won by NZ as they won the series by 2-0.

Pakistan played against England in the UAE and won the first phase of the tour that was the test series. The first match was drawn and then Pakistan went on to win the next two matches by 178 and 127 runs to win the test series by 2-0. Then the teams played the One Day series which England went on to win by 4-1. The last phase of the tour was the T20 series which were again won by England by 3-0.

Match Result Prediction
NZ is very strong and very hard to beat at their home.

Catch it Live on
You can watch it live on Ten Sports network.

Return here after the match for the result, full HD video highlights, man of the match, complete scorecard / scoreboard and much more. Don’t forget to share it on social media sites like Facebook, Twitter, Google Plus, and others. Stay tuned for latest cricket news and updates.