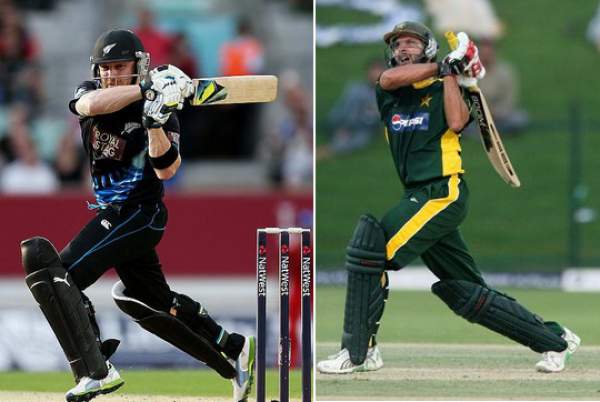 Pakistan vs New Zealand Live Streaming Info: 2nd T20 Cricket Live Score; Match Preview – PAK vs NZ – 17th January 2016: The players of the Pakistani team are now feeling comfortable on their tour of NewZealand. PAK teammates would be looking forward to getting a 2-0 lead in order to win the series of three-match T20 series. (see: India vs Australia.)

Following on from losing all three matches to England in the United Arab Emirates last November, a series win would be a major boost just two months before the ICC World Twenty20 in India. Despite not playing any warm-up matches, and with their preparations disrupted by the uncertainty and ultimate cancellation of a proposed series with India, Pakistan beat New Zealand by 16 runs in Auckland on Friday.

Opening batsman Mohammad Hafeez gave Pakistan the foundation with 61 to help his team to 171-8. Still, it looked reachable for the home side after half-centuries from Kane Williamson and Colin Munro, but three wickets from Wahab Riaz and four economical overs from Imad Wasim allowed Pakistan to get the win. (see: Bangladesh vs Zimbabwe.)

It turned out that the center of attention going into the series had little impact on proceedings. Bowler Mohammad Amir was playing his first international match since completing a five-year ban and a three three-month prison sentence for his involvement in a spot-fixing conspiracy. Amir, 23, was on the receiving end of boos from some in the crowd at Eden Park and took just one wicket while being the only Pakistan player not to get a chance to bat.

Still, coach Waqar Younis believes the match was a good starting point for Amir, as well as for the whole Pakistan team.

“A win always brings confidence back, bring things together,” he said in his post-match press conference. “We had a poor tour against New Zealand in Dubai [in December 2014]. It’s a good start. I’m very pleased with some of the performances. I’m very pleased with Mohammad Amir’s comeback, I thought he bowled pretty Ok, he’ll probably get better and better. Umar Gul’s return, I thought that was also pretty impressive. So all in all — Shahid Afridi’s performance, too — I think overall it was a good night.”

With points incredibly tight at the top, every result in the three-match schedule will have a big impact on each team’s position in the ICC T20I rankings going into March’s World T20. The two teams were level in sixth place at the start of the series, but the win in Auckland has already seen Pakistan up one and New Zealand down one in the rankings. If Pakistan can now complete a clean sweep of the series they will move to the top.

For NZ that would represent a significant blow at the start of the post-Brendon McCullum era. The big-hitting captain, who led NewZealand to the final of the one-day World Cup last year, announced his was retiring from international cricket after February’s Test series against Australia.

However, with the timing of the World Twenty20, he has already stepped away from the shortest form of the game, leaving Williamson to take the reins for the time being. After the Black Caps won 2-0 in Sri Lanka earlier this month, Pakistan will certainly not be underestimating New Zealand’s ability to fight back in match two.

Stay tuned after the match for the results, video highlights, the man of the match, full scoreboard/scorecard. Don’t forget to share it on social media sites like Facebook, Twitter, Google Plus and much more.

Return here for the latest cricket news and updates.