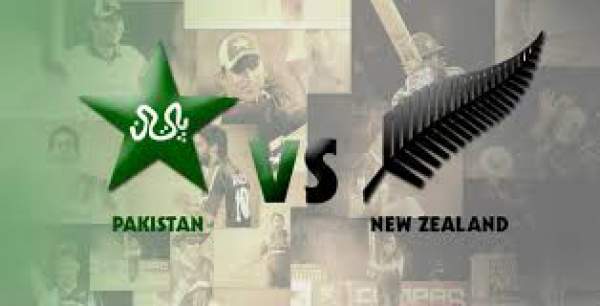 Pakistan vs New Zealand Live Streaming Info: 3rd T20 Cricket Live Score; Match Preview – PAK vs NZ – 22nd January 2016: It is the third and last T20 match of the T20 series between Pakistan and NewZealand. The series are level as both the teams have won one each. (see: Bangladesh vs Zimbabwe.)

The first T20 was played at Eden park in Auckland which was won by Pakistan by 16 runs, the second T20 was played at Seddon park in Hamilton in which NZ completely dominated Pakistan and won the match by 10 wickets. New Zealand and Pakistan have played well in both the matches and anything can happen in this match and whosoever will win this will be the ultimate winner and take the series with them.

Overview
Both the teams have played two matches and won one each. This tells that no team is giving up and would want to win this match if they want to win the series. The second match of the T20 series was played at Seddon Park in Hamilton in which Pakistan won the toss and chose to bat.

Mohammed Hafeez and Ahmed Shehzad opened the innings for Pakistan, Hafeez made 19 off 23 balls with two fours and one six whereas Shehzad made 9 off 8 balls with one four. Sohaib Maqsood 18 runs off 23 with one four and one six. Shoaib Malik made 39 runs off 30 balls with five fours. Umar Akmal was the pick of the batsmen with 56 off 27 balls with four fours and four sixes and the team was able to 168 for seven in 20 overs with 11 extras.

Mitchell McClenaghah was the pick of the bowlers with two wickets in four overs giving 23 runs. NZ made 171-0 in 17.4 overs and completely dominated the bowlers as Martin Guptill made 87 runs off 58 balls with nine fours and four sixes and Kane Williamson also helped Guptill with 72 runs off 48 balls with 11 fours and also there were 12 extras and won the match very easily.

Match Result Prediction
Anything can happen here as both the teams are playing good and are hungry for a win.

Do come back after the match for the result, full HD video highlights, a man of the match, complete scoreboard / scorecard and much more. Don’t forget to share it on social media sites.