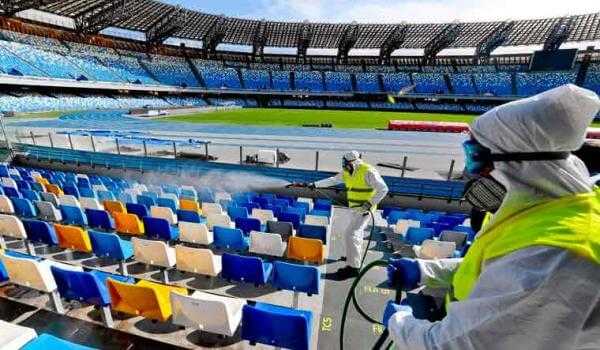 WHILE some clubs may publicly offer support for players called up on international duty, privately it’s a nightmare for most managers to effectively hand their players over to another team and hope and prayer they’re returned injury-free.

While it’s normally a week or ten days on duty with most top-flight soccer shutting down across the globe, the Africa Cup of Nations, scheduled to start on January 9 next year in Cameroon, will see several of the biggest names in Premier League soccer miss more than a month of the season.

There are still doubts about the tournament taking place at all in the midst of the Covid pandemic, but if it does then the likes of Mo Salah and Sadio Mane will miss a number of games at a time when the season really gets into gear.

A cursory check on the Premier League goalscoring chart sees Salah at the top, with bookies seemingly deciding the golden boot is as good as his; the Egyptian is currently trading at odds on, 5/6 (-120) – bet $6 with bet365 bonus code deal on Salah to finish top Premier League scorer and get $11 back if he does and get free bets.

While Salah is in the form of his life at present, it is difficult to gauge the effects of a month away on international duty will have on his game. There is clearly a danger that he may come back suffering a post-tournament hangover especially if, as expected, Egypt go deep into the competition – there is the potential he will be playing seven games in less than a month.

There appears little doubt the exertions will be draining on the 29-year-old, so a look further down the Premier League goalscorers’ list may offer better value. The player who sticks outs a mile is Jamie Vardy, who is still banging them in at 34 years of age.

The added factor with Vardy is that his club, Leicester City, have been poor so far this season, and are expected to up their game sooner rather than later, creating more chances for a player who appears to improve with age. Vardy is available at 12/1 (+1200) and with many gambling sites offering each way odds on top scorer, some for a top four finish, he appears too good to ignore.

Also down the list is England captain, Harry Kane, who has started the season slowly, which explains why he is available at 16/1 (+1600). But Kane is a player who can seemingly do little for 88 minutes in game then score twice late on; he regularly scores his goals in batches, so he could surge up the scoring charts very quickly.

After a promising start to his second spell at Chelsea, Romelu Lukaku has struggled of late, and he has drifted out to 8/1 (+800). Like Kane, he is capable of scoring a lot of goals over a short period of time, and with the talent surrounding him in the Chelsea team, he will get plenty of opportunities to find his form.

Lastly, the 36-year-old prince of soccer himself, Cristiano Ronaldo, who is second favorite at around 7/1 (+700). He retains all his goalscoring ability, and even if he’s not as quick as he was, he is still prolific in front of goal. If he plays, he scores, so any downturn in Salah’s form would open the door for the Portugal international.