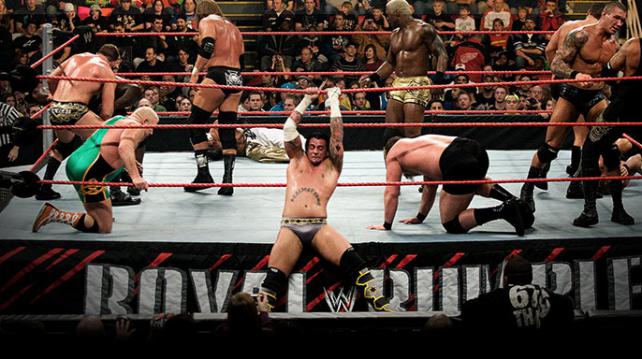 Royal Rumble Live Streaming: WWE has rights to telecast the match of Royal Rumble live throughout the world. The program is telecasted on Pay Per View program and the users are required to pay for each match. There should be no charge for the matches of Royal Rumble, one skip to watch at any time. The live streaming is being provided fromAmway Center in Orlando, Florida on Sunday’s night.

Royal Rumble is a professional wrestling event and only the premium subscribers of WWE are provided the rights to watch the tournament live. It’s one of the most popular programme of WWE and it has been telecasted worldwide directly from the website of the broadcaster. In the United States, people can purchase a subscription to watch the event live.

Anyone throughout the world with a Tablet, Xbox, Playstation, Roku, Apple TV, Fire TV or a proper desktop/laptop with a fast internet connection can watch the Royal Rumble 2016 matches live. For subscription, users need to have an international credit or debit card.

Subscription cost for Royal Rumble is quite cheap and fixed at a basic price of less than 10$ per month. However, there is an offer for the viewers of Royal Rumble 2016 Live Streaming that the broadcasting company is providing a free trial with which people can claim their one free month to watch the match free.

There will also be a Royal Rumble pre-show at 7 p.m. ET with a preview of the main card and some free competitions that you can watch on the WWE Network and YouTube. At 8 p.m. ET, till the moment the main card gets initiated.

Watching the Royal Rumble Live Streaming on cable tv connection would be a costly affair. Watching the tournament on cable tv will cost you something like 55$ if you order on traditional pay per view programme. Almost every cable provider including Time Warner Cable and Charter will still carry the PPV, even though some providers like Dish Network and DIRECTV have dropped WWE PPVs from their schedule because of the evolution of new end viewership of matches.

The full card for the WWE Royal Rumble 2016 matches: