The live streaming of Russia vs New Zealand (RUS v NZ) is here. You can watch online video. Today, we have the first game of the FIFA Confederations Cup 2017 as the hosts Russia plays NewZealand at the St Petersburg Stadium. vs portugal

Both teams are in group A with Mexico and Portugal. Russia will be hosting the FIFA World Cup 365 days from today and it is a huge honor for any team to host this prestigious tournament.
When
17th June 2017 at 20:30 (IST).
Where
Saint Petersburg Stadium, St Petersburg, Russia.

Russia will be hosting the FIFA World Cup in 2018 and will need to get ready for the biggest tournament at their home. Before the start of this Confederations Cup, Russia has played a series of Friendlies from time to time. They have won three games, drew three and lost three out of their last nine International Friendlies. 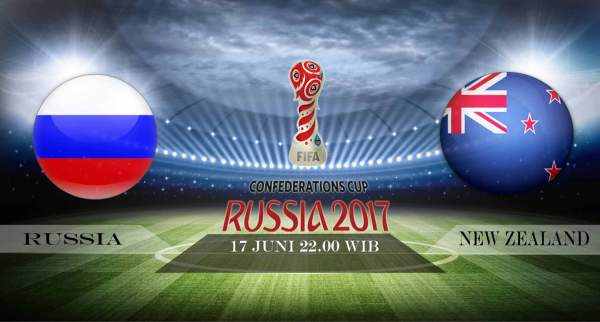 They played against Chile in their last nine international friendly which ended in a 1-1 draw. Mauricio Isla opened the scoring for Chile in the 56th minute and then Viktor Vasin equalized the game in the 67th minute. Chile dominated the game with 64% possession and had 11 shots out of which five were on target.

New Zealand plays in the Group A of the World Cup Qualifying 2018- Oceania with New Caledonia and Fiji and they are currently top of the group with 10 points.

Russia will try to win on their home soil but NewZealand will not make it an easy task.