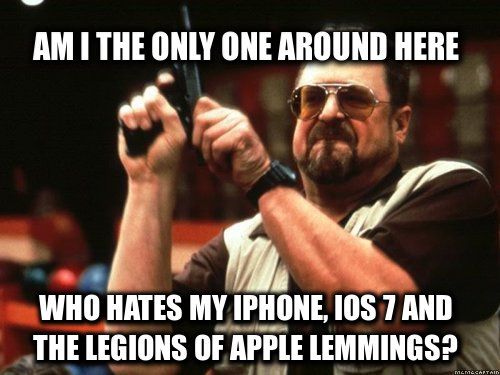 So another Apple event is here and definitely many of us couldn’t afford the upcoming handset and most probably the to be most expensive handset in the world. But yes there is a good news for everyone as older models of Apple iPhones could be let discontinued with the launch of iPhone 7.

The debatable topic also arrives as there are some uncertainty that company could also announce new technology for charging. The other most awaited change is removal of button from homescreen, but we don’t think that its going to happen today.

Here are some funny memes you can post on social media to show your misery on Apple Launch day.

This one is always the most favorite meme of Android Users. Last time when apple came up with shortcut on homescreen option, they were trolled badly for it.

No matter what, Apple always come with new surprises. As iPhone 5SE was released almost 2 years after the initial release, we can expect anything.

Yeah, always buy a new smartphone because its the most common way Apple service centers responds to our request.

There are many haters of innovation in apple. Some old fans wants company to keep the classicness in their handsets.

Smartphones comes with features to act as an television so that the televisions. Its actually a deep rumor on the internet that apple can adopt the system to manage and edit files on bigger screens directly from the smartphone.

And the final one, when you want to have the latest technology but couldn’t afford it.