Dragon Ball FighterZ: The renowned video game developer and publisher is going to release its all-new hardcore fighting game named Dragon Ball Fighter Z. As the studio has already made its name in the gaming community, its upcoming venture has already been taken by storm. The gamers are waiting for it with much anticipation.

It is using the popular DBz license. Here, we have everything compiled for you. The report includes all the latest news, updates, fighters, characters, stages, and preview, trailer, and much more. (Check: PS5.)

What is Dragon Ball FighterZ (DBFZ)?

DBFZ is a 2.5D fighting game similar to Marvel vs Capcom. It has been set in the iconic anime universe. The teams have three unique characters. The complete roster is filled all much loved Dragon Ball characters. It could become the finest fighter and even most popular game of the upcoming year, 2018.

Dragon Ball FighterZ Release Date – When is it coming out?

Bandai Namco will launch it worldwide in 2018 and be available for PlayStation 4 (PS4), Xbox One, and PC (Windows and Mac OS). The exact DBFZ release date is not known yet.

Here is the complete list of DBFZ roster (players/characters). 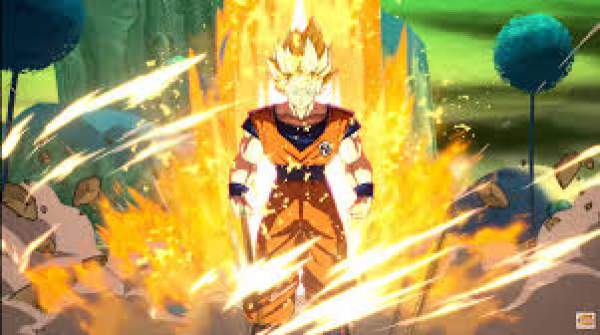 This particular game came as a big surprise at E3 2017 and hit a sweet spot among the fighting gamers. Thus, the game community welcomed it with excitement. In the closed beta test, several players took their first taste of the game. They said that DBFZ is loads of fun to play.

It works on an updated engine that powered Guilty Gear Xrd. With face button, you can have light, medium, and strong attacks. It all depends on the character chosen by you. With the right shoulder button, you can throw, and air dash. For assists and tag functionality, you can use the left button. All special moves are either standard ‘fireball’ motions or simplified ‘down down’ inputs. Characters don’t have only a few of them.

Pulling off combos isn’t hard. So, it means you can easily go being creative with the tools available. By the end of the best testing, we were able to pull off amazing looking moves and tagging partners for the combo mid-air attacks. It became straightforward. The execution becomes simplified. It would be a perfect fun DragonBall game for a hardcore fighting fan. Fans are going to enjoy the real kick out of it.

Switching allows to play with different strategies, but a lot of combos were the same across much of the roster. Some of the newly added characters seemed to be significantly different and tricky to use. There is a lot more coming before the official launch. Each character gives a different assist with one of the L Triggers. Picking up the right assist would be the real game.

Related: When is the next steam sale?

It is expected to be released in February 2018. Still, there is a long way to go before the DBFz game hits the stores. It is going to be a real relief for those who feel disappointed by Marvel v Capcom: Infinite’s 2 on 2 combat.

Here are some of the opening trailer for Dragon Ball Fighter Z game. Let’s have a look.