Facebook Spaces Features, How To Use Oculus Rift, Setup Avatars, Requirements, News: On April 18, 2017, Facebook launched its Spaces, a step towards its sci-fi dream of hanging out with friends in a digital world. With the help of Facebook Spaces, FB owned Oculus Rift and Touch virtual reality hardware, the users will, now, be able to share photos, videos, drawings, and hang out in a VR dimensions with cartoon avatars.

Facebook’s VR chief Rachel Rubin Franklin revealed it during the f8 2017 keynote, the annual developer conference of Facebook. It took place in San Jose. The process of rolling out the Facebook Spaces’ update started right after the conference. However, it is still in beta, though. Franklin said that they are the first to start such kind of app. “People want to be with people they care about, especially in-person. FB Spaces does the same,” Franklin told TheReporterTimes. 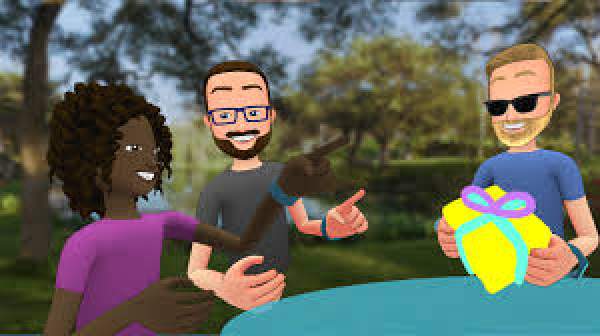 Mark Zuckerberg had demoed it last October before an audience at the Oculus Connect conference. Now, every FB user will be able to use the newly installed feature and experience the same. The users just need to possess the following things to enjoy the VR experience.

Facebook friends on both the sides need to have the said things in their possession. Although the VR hardware peers of Oculus like Sony PlayStation VR and HTC Vive offer top-notch realism but their price/cost of products is concerning. The cost is high and thus, it won’t be open to all other than hardcore gamers. Facebook said that it is happy with the sales of Oculus.

Oculus founder Palmer Luckey sold his company to Facebook for a whopping amount of $2.7 billion in 2014. Luckey was off the grid for several months and recently, the news came in that he has left the Facebook. Facebook Spaces allows fb friends to interact in VR with the help of avatars.

Apart from the high price, VR has one more roadblock and it’s the huge potential of AR (Augmented Reality) which is evident from the last summer’s release of Pokemon Go mobile game. Zuckerberg said that one day one virtual world will take over the real one thanks to unobtrusive AR glasses. Though VR is expensive, but it teleports humans into a viratual world which AR can’t.

Although Facebook Spaces at present remains rudimentary, a demo immediately conjures up what may be possible with more computing power. The ultimate social space would find high-powered digital scanners replicating your movements and gestures in real time and placing that virtual you in a group space with other digitally-teleported humans.

For now, however, here’s what you’re getting when you step into Spaces: Oculus goggles on your head and Touch controllers in your hands, you’re able to select from a short list of digital avatars that already look like you. That’s because Facebook uses machine learning algorithms to go through photos on your Facebook page to create an avatar w ith your general looks, which can be customized at will.

Once you’ve got your avatar set up, you meet up with invited friends around a virtual circular table. The table keeps people from wandering around the room, Franklin says.

Tools laid out in front of you grant access to anything archived on your Facebook page – photos, videos, 360-degree videos — as well as things like a selfie stick (yes, you’d be taking photos of you and your avatar friends) and a pen.

The pen actually is a bit of a revelation. It’s simple, but the effect of grabbing it with a touch controller and writing on thin air is riveting. Think Harold and the Purple Crayon, the classic children’s book about a boy whose drawings come to life.

In Spaces, whatever you draw suddenly has a physical property, as if frozen, and can be grasped with your VR hand and moved around your virtual world. Draw a crown, then grab it, and place on your friend’s avatar’s head. Wild.

In the demo, a Facebook employee who served as my social VR friend shared photos of his favorite artists, pulled up a trailer for the next Star Wars film that dominated the VR room, and selected a 360-degree image of a Fourth of July party that put us in the center of it. We could even have taken a Messenger video call in VR.

One noticeable Spaces drawback was that any photo or 360-degree video that was not a high-definition image ended up annoyingly blurry. Here, Oculus Rift‘s ability to render amazing graphics was compromised. But presumably, that can be remedied by equipping your Facebook feed with HD assets.

“Done right, VR gives you a feeling of total immersion,” says Franklin. “You actually feel like you’re in the room with somebody. You forget you’re avatars.”

Facebook has been grappling of late with less than enlightening uses of its platform, from the proliferation of fake news to filmed killings on Facebook Live.

Franklin says Spaces users are in control of who enters their world, adding that invited friends can be removed with the click of a button.

Another protective feature ensures that if an avatar gets too close to you they fade out.

“We didn’t want people to get freaked out or scared, say if someone starts waving their hands in front of your face,” she says, adding that the feature can be turned off “if say I want to give my husband’s avatar a peck on the check.”

Franklin joined Facebook last fall after five years at Electronic Arts, where she worked on popular online life simulation game The Sims. Her background at EA has played a role in deciding how realistic to make the Facebook Spaces avatars. The short answer: Not very.

“On the one hand, your avatar has to be expressive and emotive and reflect your personality, and we have worked to include that,” she says. “On the other, if you go too far people can react badly. A big part of this all is us learning what people like.”

Franklin says she and her team will be monitoring what Spaces tools are engaged with most by users in order to refine the platform over the coming months.

One possible use case for Facebook’s new social VR platform might not be social at all. Franklin mentions that after Sims gamers sent their avatars to a virtual spa for massages and yoga, the human players reporting feeling more relaxed.

“Maybe you can disappear into a Spaces virtual bubble bath or surround yourself with puppies,” she jokes.

Actually, if you ever find yourself in Spaces with Franklin, beware. Her current penchant for baby hippo photos and videos are likely to flood your shared virtual world.