The Reporter Times
Home Technology Samsung Galaxy F Will Be Priced At $1800: Here’s Why? Bill of... 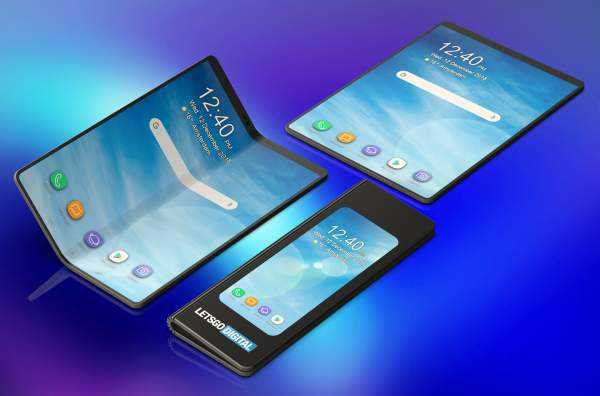 The Samsung Galaxy F will cost around $1800 without carrier subsidies. You must be here to know its reason and what features and specs would the upcoming GalaxyF smartphone/phablet will carry. Let’s start by telling you that it will sport a 6000 mAh battery, two cameras, and next-generation Exynos or Snapdragon processors.

CGS-CIMB Research, the agency in Korea has estimated the Bill of Materials (BOM) for the foldable Galaxy F in its report. Along with it, the agency has compared it with the BOM for Galaxy S9+ and an iPhone XS Max. So, let’s see what it has reported. We have more information and images regarding it.

As usual, the priciest item is going to be its display – or you can call ‘displays’ as it will come with two displays. The upcoming Galaxy F will sport a large 7.3 inch panel (2152 x 1536-pixel resolution) which will be foldable along with a 4.58 inch display on the outside. It is being said that it will carry two batteries as well.

The total capacity would be 5000-6000mAh. However, that doesn’t cost much. As per the report, the BOM turned out to be more than 65% of what iPhone and the S9+ has costed. According to the analysts, the smartphone giant Samsung will have an eye to have a profit margin of around 65% to match with Apple. Earlier, it had 55% of the Galaxy S9+.

Based on that report, it seems to have a retail price of around $1800 (carrier subsidies not included). So, the report has also arrived very close or should we say an exact match of the rumored price for Galaxy F. The price is huge. However, the Samsung GalaxyF would be the first phone with a proper foldable screen.

The cost will eventually come down in upcoming years. But, as of now, the research is draining a huge chunk of money right now. If analysts are to be believed, they are suggesting an approximate of 3.5 million units sale next year. They are also suggesting that this number will reach to 24 million units in 2022.

The dip in the price tag will be a very slow process. In 2022, the average price of a foldable smartphone would be around $1300. It’s because of the competition and many companies will get their hands on foldable phones in the near future. Samsung Display is leading the industry right now. It can produce 1 million foldable screens a year as per the report.

LG Display will be able to achieve this number in 2020. As the demand for foldable screens rises, the makers of foldable circuit boards and batteries will get benefited. The displays are going to suck a lot of power/battery even while they are OLED.