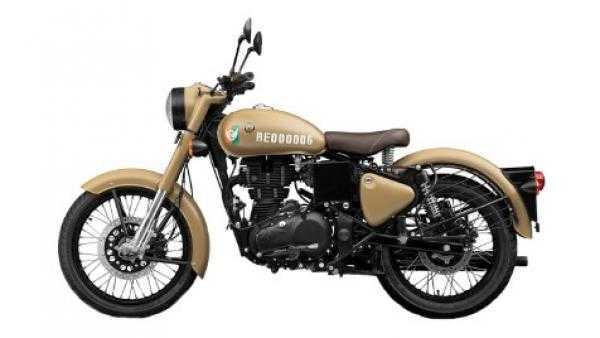 Royal Enfield Classic 350 Signals, the much awaited ABS motorcycle has been launched in India. It has become the first motorcycle of the Indian big brand to come with anti-lock braking system as standard. The relationship between RE and the Indian Army has been for over 65 years now.

Over the years, the manufacturer has manufactured motorcycles that have been sort of homage to the Indian Army. Now, it has launched a new variant on its standard Classic 350 model with two new colors that are a kind of tribute to not only the Indian Army but also to the Indian Air Force. It is known as Signals edition and here is everything you need to know.

It’s now clear that the inspiration has been Indian Armed Forces to Royal Enfield. And it’s still the largest supplier of motorcycles to the army, even after 65 years.

The looks of Royal Enfield Classic Signals 350 edition remains the same as of the regular Classic 350 model. There are only a little differences. Now, Signals 350 features a unique serial number on the fuel tank with a new RE logo. Also, it comes with a completely blacked-out engine cover, exhaust, rims, handlebar, and the headlamp bezel as well. The all-new Classic 350 Signals model is available in two colors – Airborne Blue and Stormrider Sand. It now sports a fuel gauge with light which will start blinking as soon as the fuel level drops to reserve level, and a light for ABS which won’t light up in case of any fault/issue with the ABS. 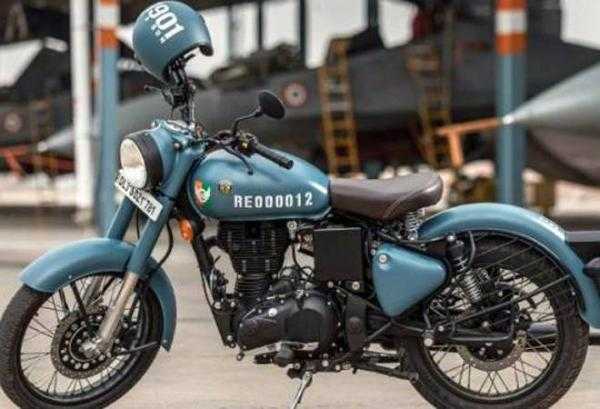 The Royal Enfield Classic 350 Signals sports the same engine as of the standard Classic 350. It comes with a 346cc, air-cooled single cylinder, the twin-spark engine that churns out 19bhp of peak power at 5250rpm and 28Nm of peak torque at 4000rpm and comes mated to a 5-speed manual transmission. The performance of the bike more or less remains the same.

It has become the first Royal Enfield motorcycle to come with a dual-channel ABS as standard. Another good news is that RE Himalayan is also going to get ABS within the next month. The new model Signals has got a 280mm disc at the front and a 240mm disc at the rear. And it does increase the braking performance. The front wheel is 19-inch 90/90 section and the rear wheel is 110/90 section and 18 inches. The frontside gets the same telescopic suspension and the rear side sports the same twin gas charged shock absorbers.

The company offers around 40 different genuine accessories for the Royal Enfield bike owners. It includes fitments like panniers, steel engine guards, leg guards, touring seats with 3D mesh, windshield kit, aluminum wheels and much more. They are waterproof, water resistant, and comes with a warranty of two years.

Coming to what it will cost to customers, then it is priced Rs. 1.62 lakh (ex-showroom, Delhi). It gets around Rs. 1.83 lakhs with one-year of comprehensive insurance and five years of third party insurance. Overall, it costs around Rs. 15k more than the standard Classic 350. The Classic 350 Signals is already available with the dealerships, the bookings are open, and the deliveries are expected to commence very soon. It’s not a limited edition bike like the Pegasus 500. In future, the availability will depend on the customer’s demands.