Seems like an extraordinary scam is going on Intelligence Beareu Examination for ACIO Recruitment 2017? We have investigated the Affairs Cloud story. The Intelligence Bureau (IB) Assistant Central Intelligence Officer (ACIO) Grade II Executive Exam’s tier 1 was held yesterday. After the exam gets over, many aspirants complained about wrong questions in the exam along with irrelevant answers.

We decided to conduct a small investigation on given information and come to know about shocking results. An entrance preparation website, Affairs Cloud had the exact same paper on its website. The publication date of the paper on Affairs Cloud is 28th of July 2017 which raised more questions on exam management committee. But the investigation showed us the other side of the story.

We’re attaching a screenshot of the website from where the questions for IB ACIO exam were copied. 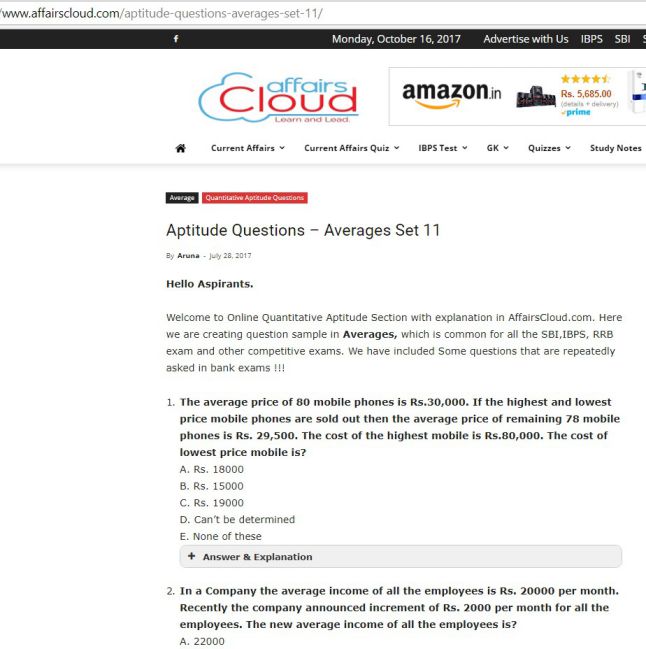 And here is the question paper of the examination conducted by the Intelligence Bureau. 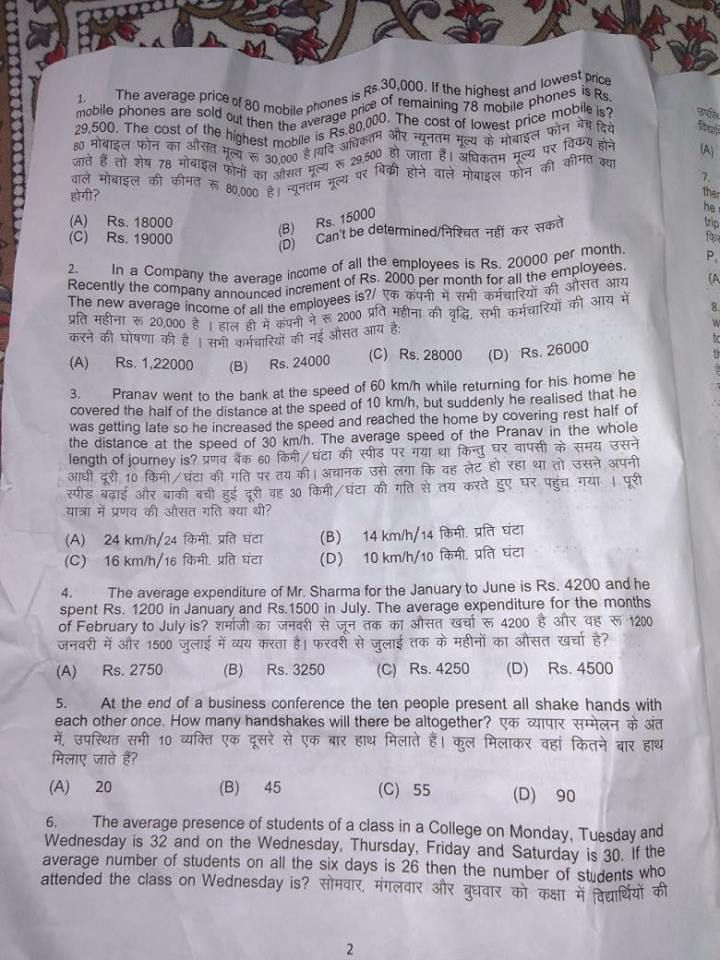 During the investigation, it became necessary for us to make sure that the article published on Affairs Cloud was actually on 28th of July. To do so, we explored the website using Google and the publication date actually appears to be 28/07 which raised serious questions.

There are four parts of the exam

In our Investigation, we found that Quants and Aptitude paper completely copied from Affairs Cloud website. The link to articles where one can find the original content is given below in this post.

If you’re active on Twitter or Facebook you must know about a handle which predicted the World Cup 2014 results even long before the game. The twitter account had almost no followers. After the game, the handle deleted wrong predictions and let the correct answer stays and world thought that the match was fixed. The Later clarification came by different investigations.

So Whats the game here

It appears that owner of the website may have changed the question and answers after the examination. These tricks are common nowadays to gain quick popularity. Many comments regarding questions were deleted by the admins yesterday which totally disappeared now.

Authorities always give extra marks for the wrong question but the claims here for copied question paper can be considered irrelevant. One can easily publish a backdate article or edit existing one.

What raised our belief in IB ACIO authorities were the Domain registration details of Affairs cloud, the details are kept private which no institutional website would prefer.

It can be considered as an attempt to gain quick popularity. In our opinion, there is NO SCAM in IB ACIO Recruitment 2017 Tier 1 Examination

Rest assure, Intelligence Bureau is one of the most dignified bodies in India. The error and claims doing round on social media for IB ACIO 2017 Exam seem fake in our investigation.

Those students who would be able to clear Tier-I exam will have to appear in Tier-II exam and interviews would be conducted at a centre by clubbing the candidates of nearby centres.