Agents of Shield Season 5: Heard the saying: The show must go on (release)? Well, this saying has been taken up seriously by the team maker of Agents of Shield. And this time they are coming with the all new season for AoS. To our hopes, we’ll get to greet AoS Season 5 soon. But the fact is that the renewal for the show has clicked the confirmation button.

Previously, we got to see the Ghost Rider. This attracted a lot of viewers and fans. There may be some lack in the making of the show. For CW network, the show sounds absolutely compatible. But when we talk of ABC network, the level raise up. And there is a need to cope up with that level in order to achieve the expectations. This time AoS S5 is going to come on ABC.

It will be premiering soon on the network. There’s no such official date signed for the upcoming season of Agents of Shield. But again we find some clues. We may connect them and make some assumptions. Hopefully, the series would join ABC when ‘Inhumans’ would reach a final of its 8-episode run. For not throwing interruptions in ‘Inhumans’ (which debuts September 29), AoS Season 5 should take place on November 24, 2017

Friday would be coming up for the series. But with surety, we can say one thing that the new season would be coming in 2017 itself. This sounds too early! We just heard out someone revealing about the launch of AoS S05. The president of ABC, Channing Dungey came up with the notification that AOS S5 would come after Inhumans. So, our clues are said to be true. We are going to .watch all new episodes of AOS Season 5 with no interruptions. 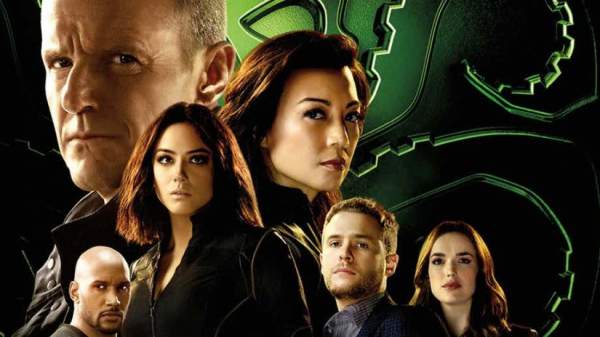 The fifth installment will run for 22 episodes. The new segments will now air on Fridays with veteran Once Upon A Time instead of regular Tuesdays in Marvel slot timings.

We just got to hear that Jeff Ward has been assigned to a major role this time. The character part which he is going to play is yet to be confirmed. Hopefully, he’ll be acting up in a major role. Earlier, we looked his performance as Charles Manson in Lifetime’s Manson’s Lost Girls.

We will update our page soon as we receive more news for the upcoming series. Till then, stay tuned to TheReporterTimes for more!