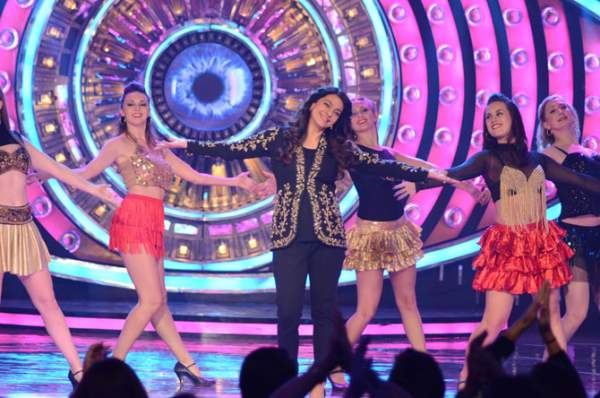 Bigg Boss 9 Day 84 Episode 84 3rd January 2016: BB9 updates; today’s show started with Salman getting connected with the housemates via Me-TV as it’s the weekend. He found Prince a little bit upset, so to cheer him up, he made jokes about Nora and Prince. Further, he advised him that his attitude should speak “NEXT” when it is about girls. Moreover, he reminded him of how Nora confessed that her feelings for Prince were only for the show and nothing more than that.  (see: CBSE 12th date sheet 2016.)

After that, Salman came to the topic of nominations task. Then, he asked the contestants to name themselves who were afraid to have involvement in it. Rochelle and Kishwer nominated themselves for being scared to perform it. Priya brings in the topic of Rochelle being upset for not getting the season nomination trophy.

Kishwer revealed that if Rochelle had not been irritable, then she would have given it to her. Moreover, she considers her as her competitor. Salman, then, picked the positive side of the conversation and asked Rochelle to leave the topic by taking it as a compliment.

Later on, a guest stepped in. Tanisha Mukherjee entered and came on the stage to help the housemates in sharing their hidden feelings so as to relieve themselves internally. Thus, one by one everyone shared their innermost feelings and some made very surprising confessions. Priya confessed for throwing urine on Kishwer and said she still has guilt for her action.

Further, Rishabh too admitted for turning Kishwer into a dog during the task. Rochelle told everyone what she feels about Keith. She said the she feels that Keith has been changed over the time since entering the house and now he is trying to replace her in a weird way which she didn’t appreciate.

Prince said the Rochelle once earlier felt the same and he tried to befriend with her but now the situations have changed and what matters the most is the game. The most shocking confession was made by Mandana who said that she feels bad for misbehaving all the time during her stay till date. Salman Khan appreciated her for speaking good this time. He welcomed her on the big boss stage and asked to share her experience and it was a complete deja vu moment for her.

After Tanishaa went from the show, Bollywood actress Juhi Chawla came in with a grand entry on the song Mere Mehboob Mere Sanam via the confession room. The contestants were seen extremely happy for having her on the show. The housemates gave her a warm welcome. Just after entering, she started asking questions related to general knowledge and turned into a teacher. The catch was that she took two milk packets for every wrong answer. After spending a short good time inside the house, she joined Salman on the stage.

Thereafter, she turned Salman as one of her students. Juhi grilled by asking some fun questions to him. Further, he went to his childhood days and revealed some of the interesting things from those days. Moreover, he revealed that he still stammers in front of people who he respects like his father. He citing an example when he worked with Alok Nath.

After that, Juhi Chawla left. It was the time for the elimination. This week saw double eviction. So, the second contestant to leave the show became – Suyyash. The Bigg Boss 9 Day 84 Episode 84 3rd January 2016 ended. Stay tuned for latest bb9 news.