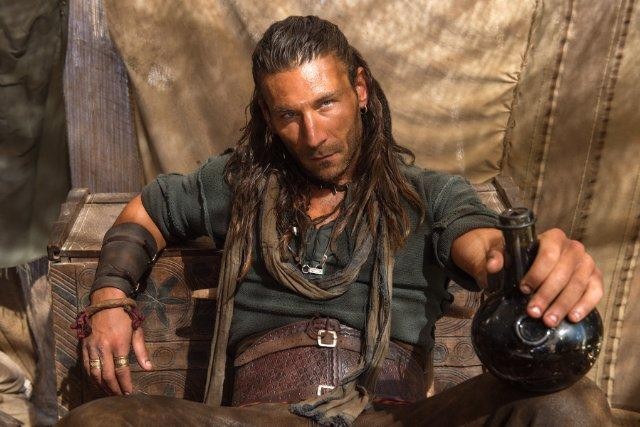 Set in time of golden age of piracy (the Jack Sparrow kind, not the internet one), Black Sails has provided the audience with an insight into the world of piracy. It goes into the cruel and gory details of the pirate world which we all ignored in “Pirates of the Caribbean” series.

The series of Black Sails follows ten-episode format (except the first season, where they limited the number of episodes to eight) and the third season is running right now. The production team tries to keep the secondary things as simple as possible, like naming the episodes with numbers instead of giving them fancy names.

Black Sails Episode four of the third season was aired on Starz on thirteen February. Titled “XXII” and produced under the direction of Steve Boyum, the episode garnered positive reviews from the critics while the audience were left craving for more.

The New Providence Island is under the attack of British Merchants and if it would survive their attack or not is yet to be revealed. We get to know Mr. Scott is the king of the island and Flint and his team are on the same island. This is quite an intelligent way to bring more light to this character.

This connects everything to this island that we have seen until now. This also indicates Queen is not the only ruler. Now, addressing the elephant in the room. The pirates are mounting their defense hard to fend off the British Merchant Army, which by the looks of it, seems quite overwhelming.

Flint joins hands with Silver and Billy while there is a looming fear of Silver leading a coup to overturn the administration of the island. Silver’s character has evolved very well and the character itself makes its way up the ladder. While Silver was on the sidelines in the first season, he is now very close to the leading parties.

There is a lot of action in this episode along with the mystery of everyone playing hard to get their own way. This season could go a lot of ways. Surely, the team of this series has found a way to get the viewers hitched. I won’t disclose any more details so as to keep you interested in the story. Watch for yourself how the events unfold in the story.