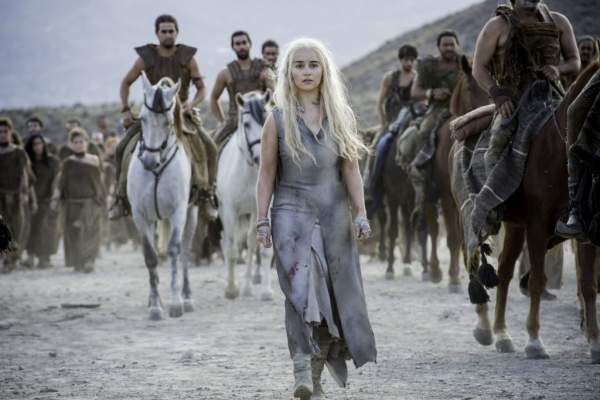 Game of Thrones Season 6 Episode 3 Watch Online HBO Live Streaming ‘Oathbreaker’: GoT S6E2 ended on a very exciting and revealing note as we just got to saw the fate of Jon Snow. If you have seen it, then you would know that Snow got resurrected. Melissandre brought him back to life. (check: Battlefield 1 release date.)

However, the title for the upcoming episode is more exciting as it is titled Oathbreaker. Jon is back just now, and we aren’t expecting that makers would kill any sooner. So, he becomes one more hope for the Starks, but the title attracts us to itself. Who is going to break an oath? Will Jon march to take back Winterfell?

Well, the exact answers will be available after the ep has been aired on HBO. Till then, we discuss the various spoilers and theories building around it. Let’s start with the official synopsis available for Ep 03. (share: Mother’s Day Quotes.)

“Daenerys (Emilia Clarke) meets her future. Bran meets the past. Tommen confronts the High Sparrow (Jonathan Pryce). Arya (Maisie Williams) trains to be No One. Varys (Conleth Hill) finds an answer. Ramsay gets a gift.”

We didn’t find any of the Jon Snow in the synopsis provided by the network HBO. However, actor Kit Harington revealed about the character during a recent interview. He said that this season is going to be his biggest one as he has been on the sets more than any other character. (check: Mother’s Day Images.)

Theories made by the fans on reddit.com in context to the title, the summary, is as follows. Jon Snow took an oath to give his life to his brotherhood to be a part of the Night’s Watch. Technically, he died and got freed from all the oaths he made in his previous life.

Then, he got resurrected by Melisandre, and now, he doesn’t have any oath on himself and thus, he is free to leave Castle Black and take back the throne of the North from Ramsay Bolton. It seems to happen soon. (also: Mothers Day Wishes.)

In the meantime, we hope that we have got an idea what could be the gift of Ramsay which he receives in the trailer/promo. Maisie Williams, who plays Arya, revealed it during an interview with BBC Radio 1. She was asked if the fans would see Reckon again this year. She hesitantly answered, “Yes? Maybe? Yes, we will indeed.”

Very soon, she realized her mistake that she might have revealed too much, she then joked that she would be going off the air soon, and someone will email her.

As a matter of fact, we expect that Rickon is that “gift” which Ramsay gets in the third episode. The revelation made by Williams gives a high credibility to this theory.

Game of Thrones episode 3 of season 6 will air on HBO in the US at 9 pm ET/PT on May 8, Sunday. You can watch it online via live stream on HBO Now or HBO Go.

The episode in India will start within minutes after starting in the US. It will be available on Hotstar at 7:30 am on Monday. Moreover, its world premiere will be at Star World at 10 pm on May 9, Tuesday.