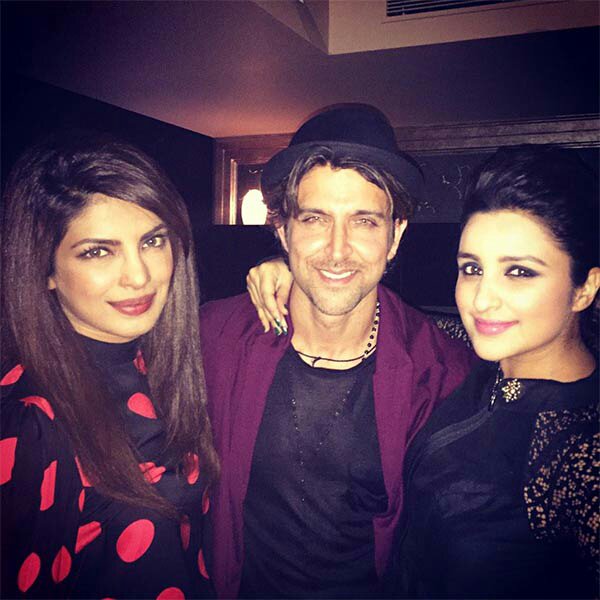 Hrithik Roshan better known as the king of Break Dance in India, his many movies are responsible for taking out the dance steps to next level in India. With Superhit movies for Children and Adults, the actor is better known as ‘Big Boy’ of Bollywood who doesn’t shy to conquer any role. His most of the shootings were done with Kareena Kapoor and Shah Rukh Khan. Some fans also refer him as the ‘Greek God’ of the entertainment industry in India.

Hrithik has won 6 Filmfare award till now which is meant to be one of the apex award given to any superstar. Koi Mil Gaya, Agneepath, Guzarish, Krish and Zindagi Na Milegi Dobara are names of his superhit films which has taken down the curtains of other movies in the industry.

Being born in Mumbai to a Punjabi family of Hindi cinema personalities named Rakesh Roshan and Pinky he classified his identity different from mainstream artists. Recently his shooter song, Dheere Dheere Se which was sung by Yo Yo Honey Singh becomes the most trending song on YouTube with over 100 Million Views.

Farhan Akhtar wished him by saying – Love you mi amigo.. Here’s to creating many more crazy and unforgettable times.. Thank you .. @iHrithik

And happy birthday to one of the most kindest person I have ever met , humble , sweet and down to earth @iHrithik lots of love – Athar Rukh Khan S

YOUR HEART IS FILLED WITH LOVE AND CARE FOR OTHERS!!!! #HappyBirthdayHrithik@iHrithikpic.twitter.com/awn9z3pqMQ

Here wishing @iHrithik a #sexy42nd bday
I am ur bigesssst fan. Ur an inspiration indeed… Keep up bang bang – sameer umar haneef ‏

The Extraordinary,The Multi-talented,The Best of the Best
Happy birthday my Krrish
A small wish from a FAN
– Soumyajyoti Sarkar

Thats all for here, you can also contribute your wishings in the comments section.

Krrish 4 News: Release Date and Everything You Need To Know