India’s Next Top Model Season 3 Winner: Ahmedabad’s Riya Subodh has won the INTM 2017. She has been announced the champion of the third season 3 of this reality tv show based on modeling. The first and second runner-ups were Sabita Karki and Shweta Raj respectively. ‘Fashion gets tough’ was the theme for this installment.

Many girls got the opportunity to transform their lives because of the fashion reality show. Moreover, it boosted up their confidence level with which they can now build up their own names in the world. Malaika Arora hosted the season 3 and was also the head judge. She was joined by actor Milind Soman, photographer Dabboo Ratnani on the judging panel.

Actress Anusha Dandekar and grooming expert Neeraj Gaba reprised their roles as the mentors on the show. Riya said that INTM S3 has become a lifetime experience for her. She also claimed to have no big fashion world experience in cities like Mumbai. According to her, she enjoyed the photo shoot with Milind and Malaika very much.

“When judges announced my name as the winner I had all the memories coming back,” Riya said. She thanked her parents for supporting her and the show makers for building up the show and giving her a new identity as a model. Just before the final showdown, the three finalists – Riya, Shweta, and Sabita got the opportunity to post for OPPO 2018 calendar.

Anusha and Gaba gave finalists a surprise by calling their family and friends, after the photoshoot and before the big finale. This time, the last photoshoot of the season was a family portrait. The family members of Shweta and Riya made it to the photoshoot, but Sabita’s parent couldn’t make it. Then, Gaba and Anusha posed with Sabita as her family. 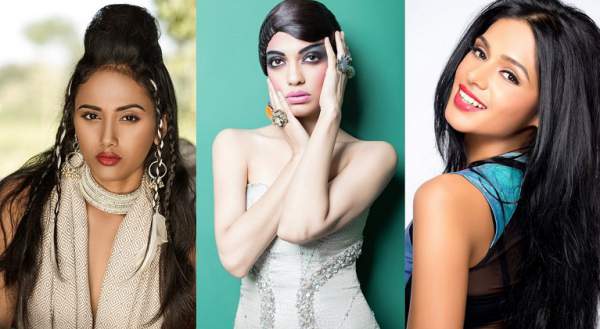 Singer Monica Dogra was invited and she came to perform live. The episode aired on MTV on Saturday, December 16, 2017.