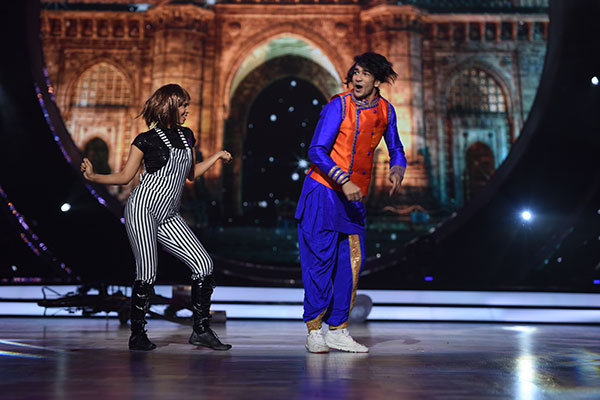 Jhalak Dikhhla Jaa Season 9 : Jhalak is always known to be the most prominent show of fist between the fighters of every end from the country. The show had completed its landmarking eight seasons collecting bunch of applauds from the industry kinds. The fight in Jhalak Dikhhla Jaa Season 9 had taken up the next step and should be interesting for every lover of JDJ 9. As the recent reports informed you that Shakti Arora is out of the show and the show is moving towards its finale episode.

Now the fight is between the prominent dancers including Karishma Tanna, Salman Yusuff Khan and Shantanu Maheshwari on the stage. Its proven fact that MTV girls had always enjoyed the charm among the masses and the real competition begins between Shantanu and Salman. The competition is going to be tough between the male contestants who has a great fan following across the country.

In the upcoming episode of Jhalak Dikhhla Jaa, Shantanu Maheshwari will turn into a Dabbawala and his choreographer Alisha Singh will be a tourist playing a duet on the stage. The backstage theme is setted to be dark to enrich the experience within. Both will be spotted grooving on the song ‘Zinghat’ from the movie Sairat. The song remains in the list of top bollywood songs of the year and will be recognised as a benchmarking performance. Shantanu had definitely changed his avatar into a mumbai dabbawala traditional look. .

According to the reports, the performance Shantanu is going to give in the upcoming episode is basically a tribute to Mumbai city who had helped a stranger in fulfilling his dreams. The song will highlight the different phases of the life while he shifts to the city from Kolkata chorus. The performance done by the superstar was heart touching and won a million dreams on the stage. His role as a dabbawala left goosebumps to many people belongs to Mumbai available as audience.
Ganesh Hedge couldn’t define his wellness in words while Karan Johar awards Shantanu on Jhalak Dikhhla Jaa Season 9 with a perfect 10, getting the full numbers from bollywood’ one of the most prominent director remains a dream for every person in the industry. Jacqueline’s crush over his cuteness is justified as he performs his best when asked to do something which could lead a better change. Last time Shantanu mother came on stage with bangles for Jacquline.
Shantanu is not performing on a reality TV show for the first time, he was seen in a dance show named ‘D3 Dil Dosti Dance’ earlier. He was further seen in many hit television series and now making his way to Jhalak Dikhhla Jaa Season 9.