Red wedding is now an outdated thing in Game Of Thrones as Ygritte and John Snow finally ties knots with each other. The moment for which every GOT  fan was waiting for years. After the initial appearance how a wilding Ygritte (Rose) enjoys a romantic outburst with John Snow (Kit) out of wall watcher’s vows but never got engaged in intercourse, its the time for the couple to share some cozy moments.

Here are some pictures from John Snow and Ygritte wedding. The one you might not be able to find on the internet.

“You’re mine. Mine, as I’m yours. And if we die, we die. All men must die, Jon Snow. But first, we’ll live.” – Ygritte dedicated this line to her husband during Game Of Thrones season.

The marriage was not literally ‘royal’ but we thought of using that phrase to term the beautiful moment more beautifully.

In picture: Prince Kit walking to take his iron throne. 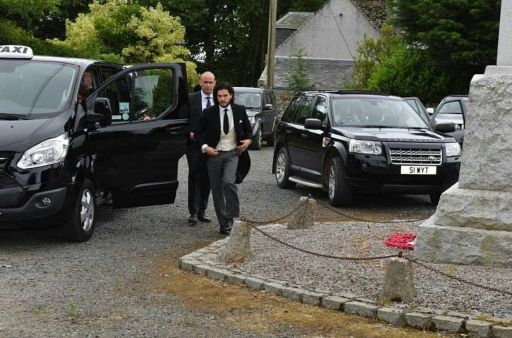 In picture: Princess is impressed, both look beautiful in convincing attire. 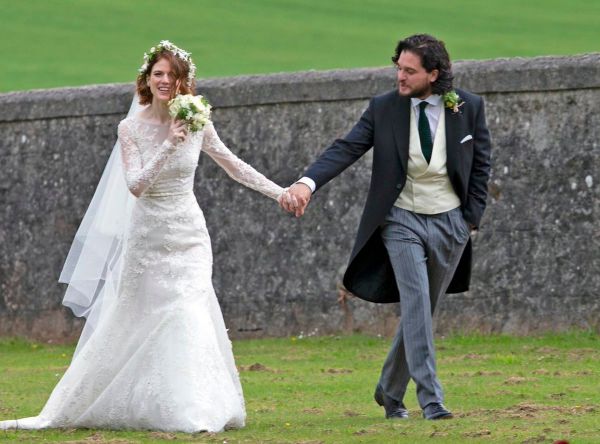 In picture: The moments got just beautiful with flowers shower. 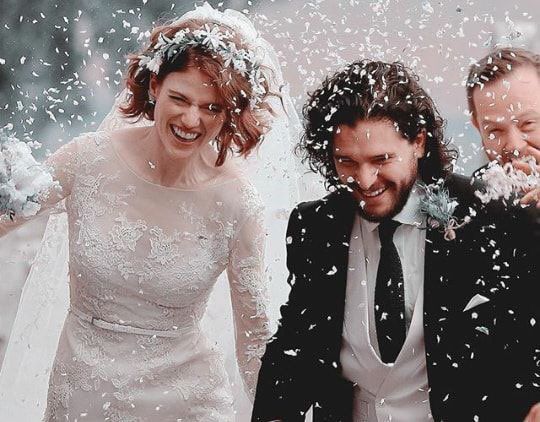 And the most beautiful picture of the day – When queen got picked up by her best man.

We’re so happy and excited for this marriage and hope you’re as well. Share the article and spread love.