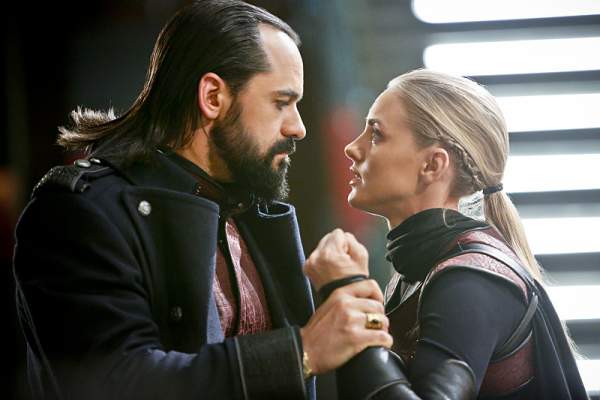 Legends of Tomorrow Season 1 Episode 13 Spoilers, Air Date, Promo, Trailer, 1×13 images, news, and updates: The team has been traveling through time just for one purpose to defeat the immortal tyrant Vandal Savage. However, they are failing at each time, and the task has been becoming easier said than done. (share: Earth Day quotes.)

Moreover, the time counsel is also against the Rip Hunter’s plan. The upcoming episode is titled ‘Leviathan’. But in it, it looks like the team has found two key elements to finish Vandal. The answer to their questions is the daughter of Savage.

In this episode, they arrive at London in the year 2166 just three months before the family of Rip Hunter was killed. Hunter came here in the belief that this is the last chance what they have got to stop Vandal once and for all. (read: Sarainodu review.)

However, unfortunately, Vandal is at the peak of his power at this time. The team discovers two key elements which can help them to defeat Savage. First is the daughter of Savage, and second the method to kill him. (read: Sarainodu Movie Review.)

The most intriguing thing in the videos is the gignatic green robot unleashed by Vandal on the LOT team. Only three more episodes to go to end this season. The TV series has already been renewed for the season 2.

The episode is directed by Gregory Smith while Sarah Nicole Jone and Ray Utarnachitt has written the episode. It will air on April 28. (check: TS Inter Results 2016.)