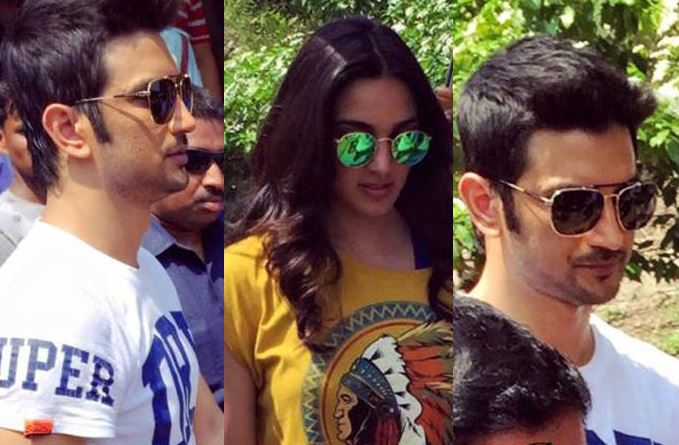 MS Dhoni collection and box office earnings report [MS Dhoni: The Untold Story] : Movie based on life of living legend MS Dhoni had collected plenty of applauds necessary for a iconic start on the box office. The film was praised by number of top movie critics including Taran Adarsh. MS Dhoni: The Untold Story was also successful in fetching positive reviews from the audience staying as the highest rated bollywood film on International Movie Database. Among all the controversies, the fickle outperformed and Sushant Singh finally got his first super hit film in the industry.

Earnings are definitely going to affect number of related parties. Not just the actor and director, co-stars are also getting good proposals after this benchmarking take. Neeraj Pandey is known as one of the most respected director in entire industry, and a film from his side was the most awaited thing after his last nationalist film, Baby. It seems directors are adopting a secret technique of spicing up the talent with some nationalist values.

The trailer featuring Sushant Singh Rajput had collected number of applauds because he had performed as good as real life Dhoni in the trailer. His emotions and confidence while playing the role was just next to awesome. Its easy to impress entertainment fans but its really not easy to impress the cricket fans, they are going to notice every single detail about the actor and direction, Sushant had done it perfectly.

Considering the size of release, it was one of the biggest release this year after Salman Khan’s Sultan, which was released on over 4500 screens in the domestic market. MS Dhoni: The Untold Story was successful in banging up more than 4000 screens around the country and 1000 screens in overseas market. The opening was great as ever as the number seems to be more than great. Being successful in the start, around 50% occupancy was observed during the opening day.

Opening day collections are largely affected by the shows in metro cities such as Delhi, Mumbai and Bangalore as despite the fact that the fares were hiked on the release date, movie received housefull shows in 70% theaters of metro cities. As the opening day box office collections, movie was successful in earning 21.3 crores as its first day earnings which is 2nd time highest during this year and 15th over the period.

As its first weekend collection, MS Dhoni movie was successful in earning a figure of 63 crore rupees in total which is great considering the size of release and production budget. Since a whopping amount had already been given to Dhoni for the film, it needs to perform much much better on the box office to be in a profit situation. On Saturday the fickle had minted out 20.6 crores which is somehow less than its initial day collections but good for sustaining the weekend. A big downfall could destroy every hope but that won’t happen.As its 3rd day earnings, film grown big on the box office and earned a figure of 24.10 crore rupees which is great. Which means a total income of 41.9 crores as two days earnings.

Monday opening was also well as the film was able to sustain with 8.51 crore rupees which was not a great amount but good considering it as a weekday. During the last days of 1st week, we had not observed any good positive signals and film dropped all the way 1 crore on each successive day. On Tuesday, Wednesday and Thursday ‘MS Dhoni collection’ amounted 7.52, 6.6 and 5.5 crore rupees respectively. The total 1st week collections amounted to 94.13 crore rupees which is great.

2nd week was no good for MS Dhoni collection as film only suffered disappointment after cutting out expense of 60 crores for the cricketer as the royalty fees. Even if in the case, the fickle was able to maintain the figure of 60 crores as 2nd, 3rd and 4th week collection then it could be said a good business deal but that seems not happening in this case. On 2nd Friday, MS Dhoni collection were 4.07 crore rupees which was extremely tight seeking the response on the opening day. Saturday and Sunday comes with some hope collecting good amounts of 5.2 cr and 7 crore respectively.

Apart from domestic earnings, MS Dhoni collection from overseas market was good enough. Film had earned 21.96 cr during the first weekend and around 9 crores as 2nd weekend earnings. As a total, it was good enough in earning 140 crore rupees worldwide earnings.