No Game No Life Season 2 Release Date: ‘No Game No Life’ or ‘Nōgēmu Nōraifu’ this name still give chills to this anime series fans. And now, NGNL season 2 is coming for the fans. Like other gaming centered animes –Log Horizon and Sword Art Online, it was a huge hit.

No GameNo Life first season was aired on 2014 and left fans craving for more. This series revolves around the storyline of two step-siblings 18-year-old Sora and 11-year-old shirt who combine their skills to develop the undefeated gaming identity known as Blank. 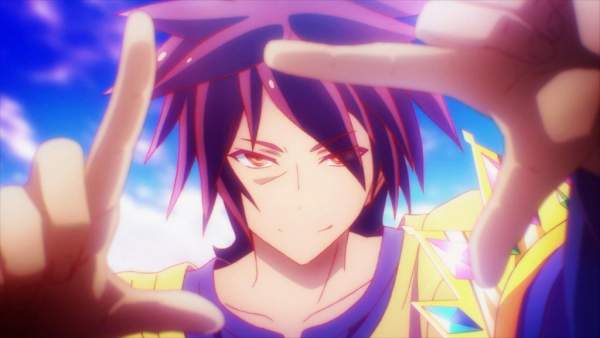 This anime series was presented to you on television by MadHouse Studios and is inspired by a light novel series by Yū Kamiya. This series was first launched in Japan on AT-X and was broadcasted by Crunchyroll outside the country.

Season 1 of NGNL was packed up after 12 episode and the last episode was aired on 24 June 2014. The novel series has 10 published volumes up to January 2018, but only 3 had been used as a part of anime till now.

So there is still more to come from the novel for the fans and in the second edition of the manga series. It means that the creators are still left with 3 more volumes to be used.

Several dates had been speculated for the upcoming season, though they can be rumors if we consider all of them it does not seem too long for us to wait for No Game No Life 2. The series still holds a strong presence in the world of anime and manga (Japanese comics).

Kayla Lumpur-based VOD service iFlix picked up the anime in early October. iFlix has quite a big role in a video on demand services in the southeast and claims the viewership across the region including the Philippines, Thailand, and Indonesia. The non-Japanese audience can now enjoy No GameNo Life series on iFlix with English subtitles.

A spin-off based on the original light novel was recently picked up by Yen Press, and the first volume was released in spring 2017.

No Game No Life Season 2 Plot and Storyline

The story of this series revolves around 2 step siblings Soro and Shiro who prefer to remain far from the world after they lose their parents. But they depend on each other’s company with all their trust which later help them in the gaming world as their unique skills and trust in each other make them the most dangerous gamers.

They were known as Blank in the gaming world because no one can identify them as they use blank spaces in place of their in-game names. Their continuous winning in any game draws the attention of God of Games “tet” who offers them a chance to go to an alternative reality called as “Disboard.”

The world where any violence is prohibited and every dispute are solved by gaming. They both accepted the offer and started their journey to become the undisputed conqueror of the gaming world and challenging the God of gaming himself.

Thus the responsibility of representing everyone in the virtual world falls on their shoulder. However, where their gaming journey took them is still to find out because the last aired episode ended on the note where it gave the audience the thirst of wanting it more.

Madhouse has a reputation for not finishing their series once they start it while things in entertainment are not that easy especially in the anime world. It is true that Madhouse may not finish their project on time, but it too has many projects lined up for future like Mahouka movie adaptation and the upcoming series Tenkyō no Alderamin (Alderamin on the Sky).

So, the possibility of No Game No Life 2nd season launching this year is quite low. But despite all these fans didn’t give up their hopes. The anime movie based on the 6th volume served as the prequel to the first installment of the anime series.

It released in October 2017 and it just sharpened the appetite of the fans for the anime sequel.

So, it seems like madhouse hasn’t given up on this series yet. However, no one hasn’t made the official announcement of the launch. As of now, the production house seems to be busy with Overload season 3 as of 2018.

2018 is certainly out of the question, but Madhouse’s release schedule of 2019 seems to be a clean state as of now.

A Reddit post claims that the series official publisher in Brazil newsgroup may have accidentally leaked information about the No Game No Life season 2.

Update 1 (October 2017): It is rumored that Season 2 of No Game No Life might be canceled due to allegations that author Yuu Kamiya committed plagiarism. There are plagiarism allegations against the artist of the series, Kamiya. Meanwhile, the upcoming movie is titled “No Game No Life: Zero” and will be based on the manga and light novels.

Yen Press has got the official rights for the English translation of the No GameNo Life manga/novel series in North America. The series has been up to volume 6 with Volume 7 scheduled for October 30, 2018, and Volume 8 for February 19, 2019.

Stay tuned for No Game No Life season 2 updates and keep visiting our site (TheReporterTimes.com) for every update.